Hey guys I just wanted to say that sometimes I have weird dreams. Sometimes I dream. That he is me. You’ve got to see that’s how I dream to be. I dream I move, I dream I groove
Like Mike, if could be like Mike. Weird dream huh?

With the Concord XI coming out (again) I figured I might as well dust off my 2001 retros. They question is if you want to ball in $220 sneakers.

Cons: traction gets iffy when rubber gets harder/older and can get slick on dusty floors, cushioning could be updated but not needed, carbon fiber makes shoe stiffer than newer shoes

Buying advice: buy the colorways you like, don’t buy the XI just bc it’s a discounted colorway . Expect to pay retail for OG colorways 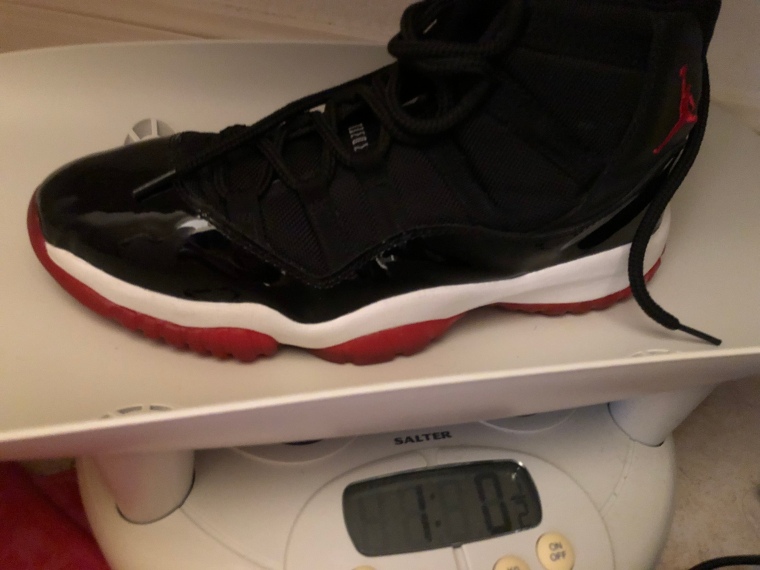 16.5 ounces which is half an ounce more than the X which I wrote about last week. I can almost guarantee people will say it doesn’t feel heavy while they say the X does. Numbers don’t lie, people do.

I’ve always found this traction to be good on clean floors, ok to awful on dusty floors depending on age of the shoe. Over time the rubber forms a shell and gets ultra slippery. You can remedy this by using sandpaper or wearing them outdoors to take off the old layer.

Most of the traction in the important areas is herringbone so it works but the little flat spots can pick up dust (dirt plus oxidation =yellowing) which can cause some slipping. However the herringbone is there to slow down the slide so it’s a bit of a mixed bag.

Overall, great when clean, ok on dusty floors, but can get worse with age.

Geez it sounds like such an old and antiquated term because in reality it is. But don’t worry it still shows up in shoes like the Lebron Witness 3 …you know 23 years after the AJ XI (yes I said this in my X review)

Cushioning feels good enough but it’s really the action on the foam you feel with a thin layer of air you feel. I actually like how the X feels a little better but that’s just preference.

I decided to combine these two for the XI because the patent leather affects the fit.

Half a size down is the way to go for everyone except maybe the widest footers. Even today it’s hard to get a good fit with patent leather due to the nature of patent leather. 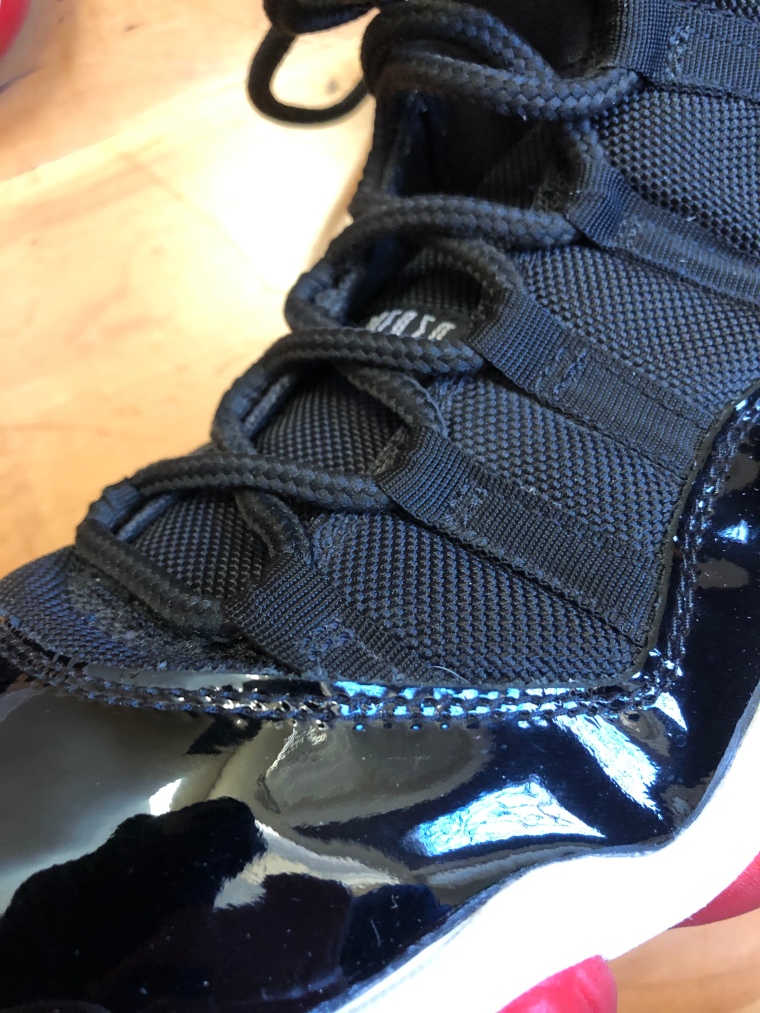 PL is NOT soft and flexible and is stiff in design. JB added the Pl for looks and strength around the shoe.

Behind the design of the XI

The rest of the shoe ballistic mesh similar to what you find on the LBJ II and would be considered premium nowadays. It’s flexible yet strong and not paper thin like a lot of mesh materials we see today.

Overall the fit is good with no heel slip and some a little space in the toe box (double sock to fill that space). That’s why I go down half a size. 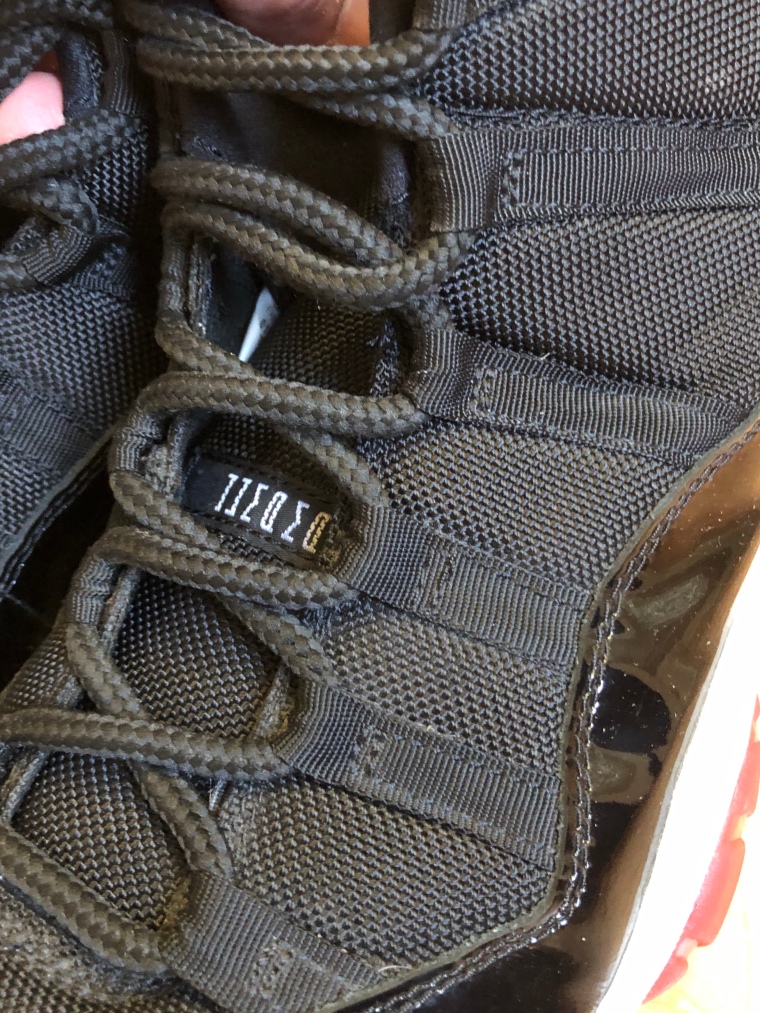 Some might say the nylon webbing straps are predecessors to Flywire. I guess it kind of is but the straps cover more surface area to give a little more coverage (newer isn’t better). They also really help give the XI a sock like feel as it hugs the foot and ankle.

Overall, materials are nice although JB has skimped in the past but usually not too badly on the XI. Fit is also very good heel to toe although there can be some space in the toe box depending on your foot shape and preference. 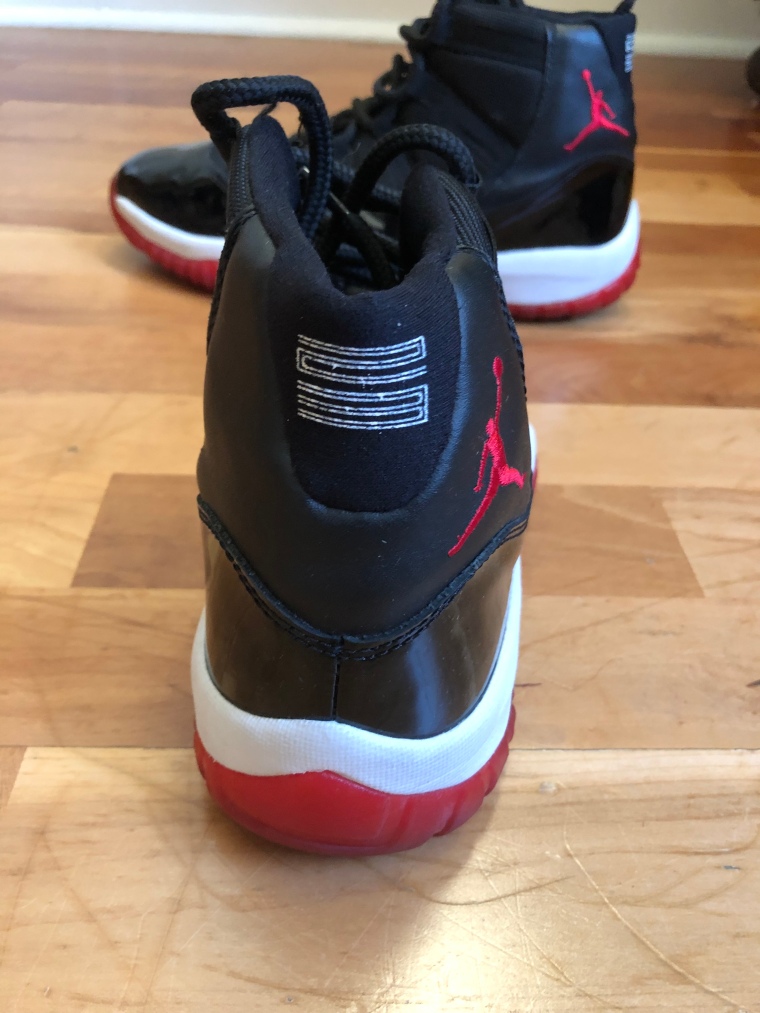 Support is extremely minimal on the AJ XI and is really one of the first shoes I remember being a sock with a sole. It’s no wonder we see so many low top iterations now since this upper adds nothing support wise

Hey look I made XI lows!

PF, at least I have that in common with MJ.

The CF does make the shoe stiffer than today’s modern shoes but once you’re playing you don’t notice it at all. And if you do, go work out.

Stability is fine with a kinda sorta outrigger and wide outsole. 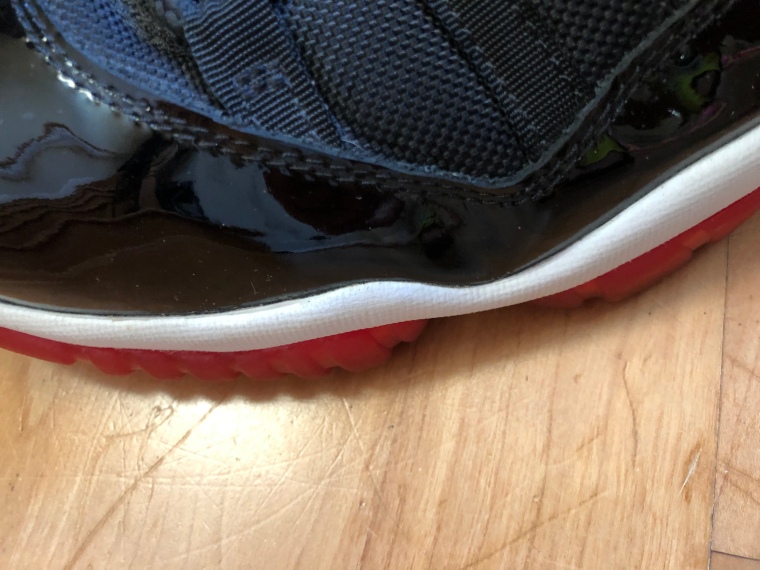 Overall not issues as the shoe plays safely and naturally.

Very good no issues here . My foot actually sits below the raised midsole a few millimeters from heel to toe. Plus the patent leather doesn’t stretch (think of it is the antithesis of mesh). Aside from setting a new trend, patent actually had a job to do.

Twenty three years later and a pretty much the GOAT shoe of all time, the AJ XI prints money for Jordan Brand whenever they release classic colors and even some not so classic colors. (RETRO PLUS colors for old timer collectors that remember that term ).

1) wear what you feel confident wearing

I choose to believe all three. What if Zoom or Boost were put into the XI? Would it make it any better ? It might feel a little better and more fun but you would’t see any improved performance. Those who think that newer and improved cushioning adds any serious “performance” benefit might want to check their jumper in the mirror. Just getting the basics of a sneaker down is good enough on any court for any skill level.

Pic taken sometime in the early 2000’s with a Canon Elf then uploaded to Photobucket.

I’ve always loved looking at the XI especially the concords and my closet has been filled with probably twenty plus at one point in my life. But it isn’t a shoe I absolutely love playing with on court but it’s more than serviceable after two decades and can hold more than its own against any modern shoe. Is it the shoes ? Nope but it feels good to look good so why the hell not. I can give you 220 reasons why not but rational thinking isn’t any sneaker head’s forte.

Buy it if you love them, rock it if you want to, your skills are your skills, just know you can’t buy them off a shelf.

Overall, I love how these look and they perform well on the court even against modern shoes with the latest and greatest but they’ve never been in my rotation due to some traction issues and some slight space in the forefoot. So ironically these get a second team rating. But don’t worry I’m still going to try to cop this weekend. 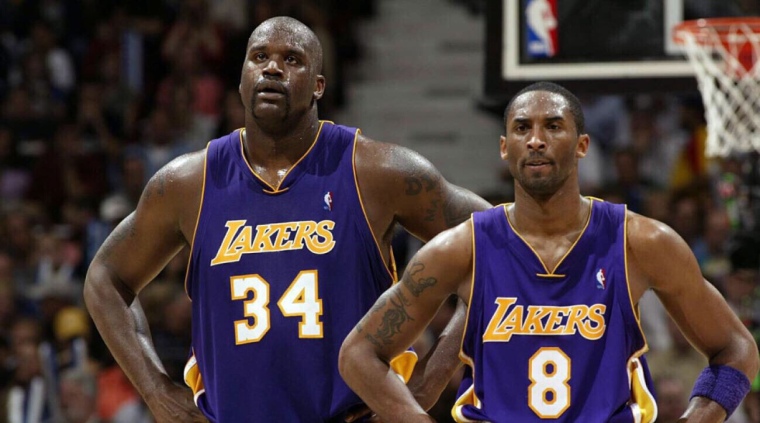