Executive Summary: slight tweaks to the lacing set up and increased collar height helped slightly with lockdown for me but still pretty much had the same issues with the PK version as the regular. Inconsequential difference in upper “performance” as both are backed by nylon and the PK actually pops a little on the forefoot due to a synthetic or glue backed nylon. I’ll stick to my Project Crazylight Boost 2016.

I’m not going to go through the entire review as I just bought these to see how the fit changed with the Primeknit upper, no tongue, no plastic clips. That’s a big difference from the regular Crazylight wouldn’t you say? Both are my true size US 11. I did not go down half a size because of width issues with the regular CLB.

Here is my original review and project CLB:

Half an ounce less than the regular version. Probably due to the lack of plastic straps.

Heel slip was the main problem with the regular CLB so let’s address that first. The PK is a different set up differently and better in my opinion than the regular set up so it may help those who had very slight heel slip. 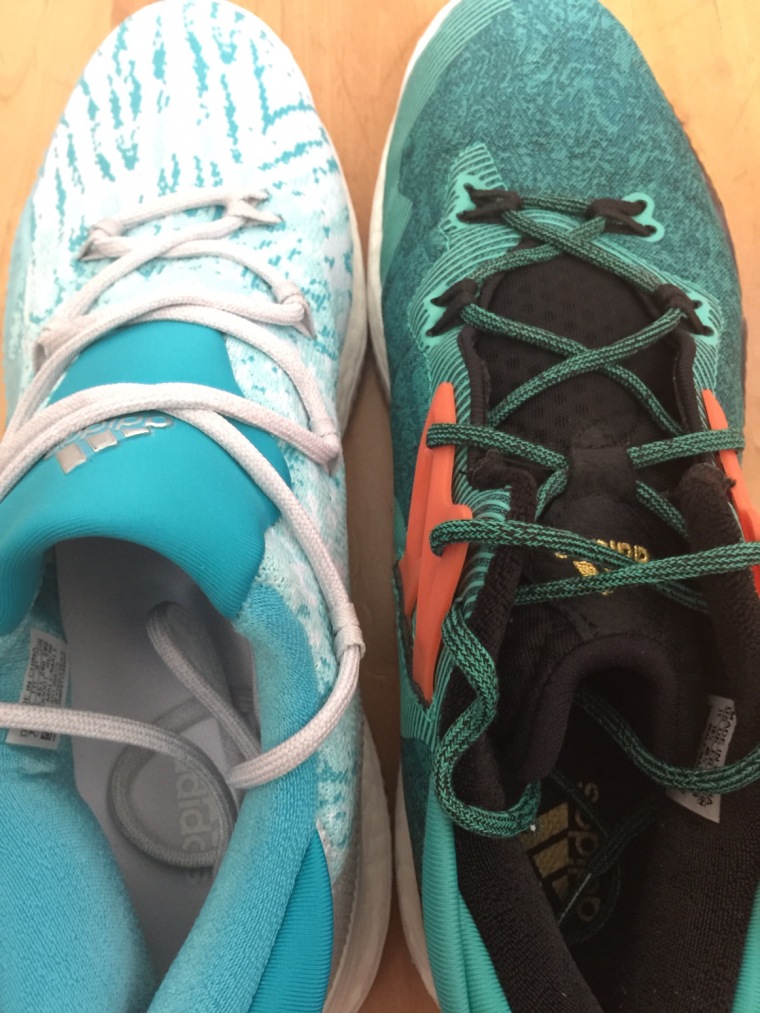 And you can see it’s moved back as far as the hole I made thanks to reader Daniele66.

However even though they moved the last eyelet back, the second to last eyelet (out of four) limits how well you can pull back the heel and ankle. I guess I just need that extra set of eyelets. 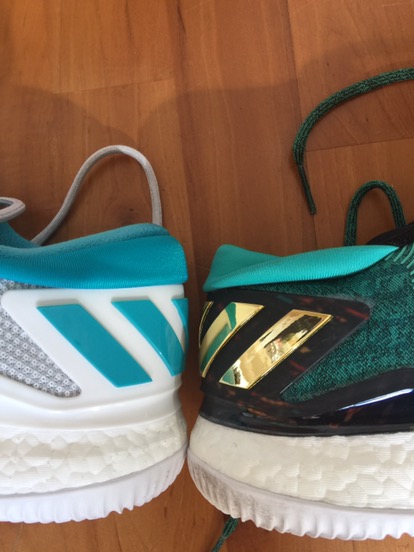 Lastly you can see the higher the heel on the PK vs the non PK. 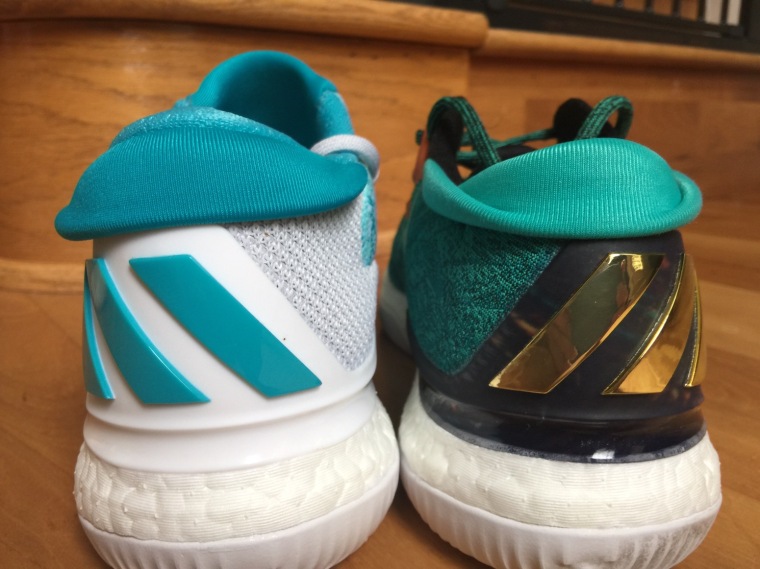 It’s only a few millimeters but millimeters matter with lows. Don’t know why they changed this or didn’t do this the first time.

Adidas did this right by opting to use neoprene. This helps with the annoying bunching that occurs when shoes go tongueless. I had no bunching which is great.

Primeknit is their “premium” material but it’s nice that Adidas charged $120 retail just like the non PK. I really wonder why they did that? Usually it’s a $20 up charge. Maybe it’s because the Harden is $140 and they didn’t want to compete with themselves? Or more value for the consumer since it’s the second coming of the Crazylight 2016? Either way it’s nice but either way I’d still wait for sales on these. 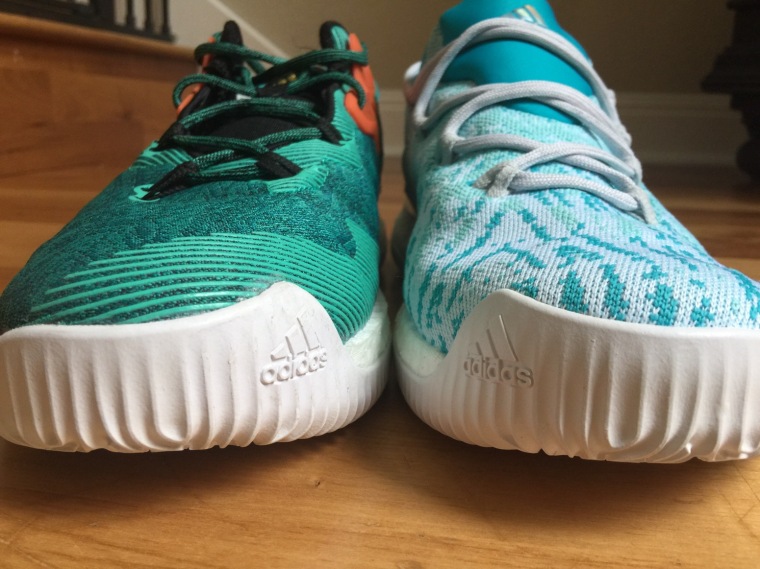 The Primeknit is pretty much fully backed by nylon and maybe a little stiffer nylon or synthetic in the toe box that has a few cross cuts to allow for natural movement. 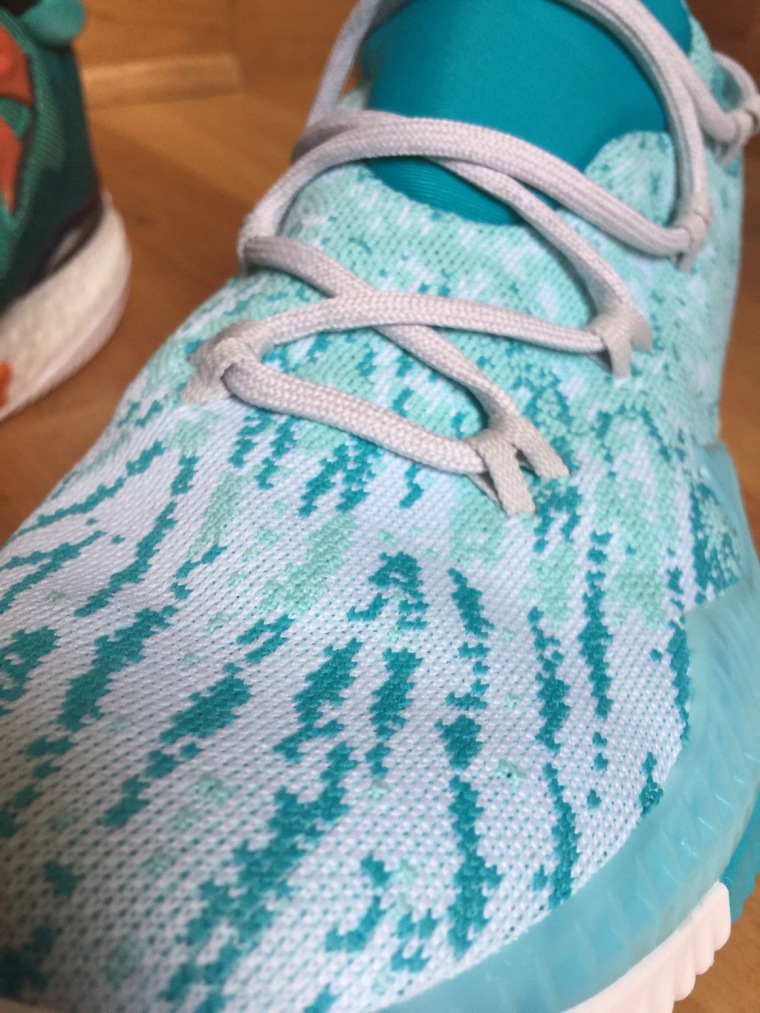 There is a little popping in the toe box but less than the Harden V1. Also the very front of the toe box has a hard synthetic inside it. You can see it in the pic below

Here you can see all the lace straps that pull the foot down.

Toe drag will be a problem since there is no TPU or toe drag cover of any sort on the exterior. This will be a big problem especially outdoors.

One last piece of the materials is the heel. It goes sans Primeknit and uses mesh instead.

These are all nice changes in theory but I had the same issues with the Pk as the regular version. I was really hoping the PK changes would have fixed the fit altogether . Still had about the same amount of heel slip as the regular upper in my true size. I’m the type of player/foot ankle type that needs something to pull my ankle back more rather than just down which is essentially what’s going on with the CLB. The top loop of the PK version does pull back slightly since the strap angles toward the heel but one strap isn’t enough for me I guess. Making that extra eyelet on the regular CLB helped a lot.  If you didn’t have issues with the regular CLB, you’ll be fine with the PK version. If you had a little heel slip with the regular CLB, this change might help so….in theory of course.

I did not go down half a size because frankly I’m tired of trying two sizes for everything Adidas. Half size down was too tight for me in the regular upper and I do know it would help with heel slip. However it’s just not worth the effort at this point since I already have better lockdown with the regular upper and extra eyelets I made. No plans on Project CLB16 PK edition either.