Executive summary: Nice improvement over last year’s model. No major weakness yet nothing blew me away. Just a good all around shoe. Wait for clearance time as all Hyperdunks hit outlets.

Strive for pretty goodness.. That doesn’t sound quite right does it?

The HD15 was a disappointment with its materials and non existent Zoom. The HD16 looks and sounds like an upgrade but this isn’t the first time we’ve heard newer is better.
Pros: traction, decent cushioning, fit, support and stability, containment

Cons: cheap looking materials,Flywire and medial side not very comfortable, needs some break in time to feel natural, Zoom feel can vary, cut outs in sole are gimmicky

Sizing: true to size. Wide footers might want to go up half a size though 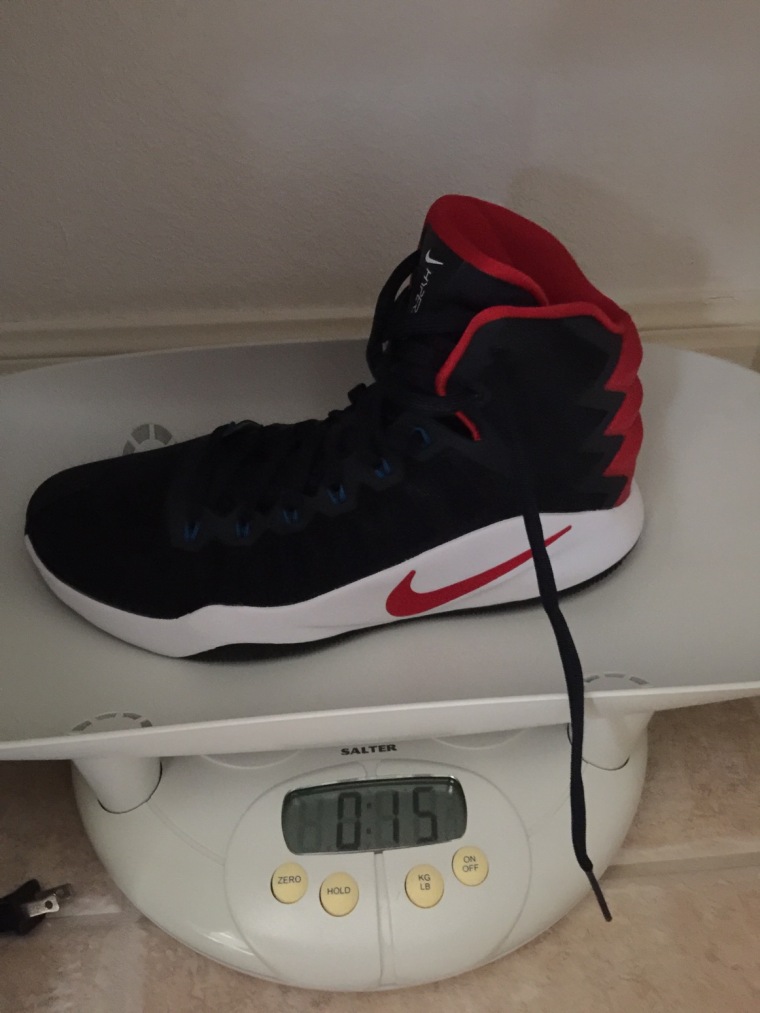 About average for any hoop shoe.

The Hyperdunk line rarely disappoints and the 2016 is no different. Remeniscent of the Kyrie 2, these work very well on clean floors and dusty floors. Traction on dirty floors didn’t blow my mind like the top tier but no complaints either.

Just a solid set up all around. I didn’t have any hiccups on court during play due to the cut outs on the bottom but I’d still rather have full coverage and not have to second guess an outsole design.

Cushioning
Unlike the HD16 Elite, the regular HD features forefoot and heel Zoom instead of full length Zoom. However, the regular HD still has the cut outs in the sole to help increase the trampoline effect, according to Nike at least. 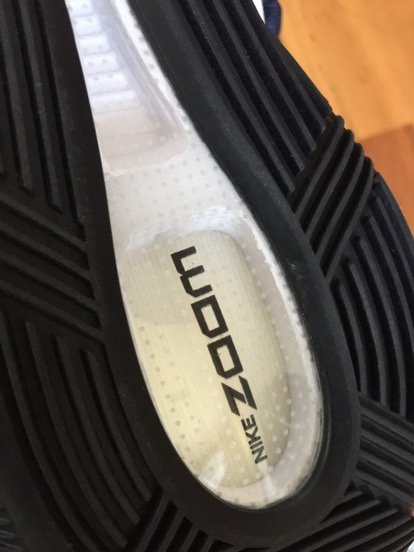 I can’t tell you if there is a difference between the cut out design and a normal outsole design because Zoom responsiveness and size varies so much from shoe to shoe that there is no way to know. I can see how it would work more effectively in the heel since your force is more concentrated there. The forefoot doesn’t have an exact landing spot like the heel since your forefoot weight is spread out across a larger area.

Regardless of the cut outs work or not I can tell you that the Zoom feels better than the HD 2015 but not as good as the Hyperrev 2016 or Soldier VI for that matter. But at least it feels like Zoom. I know Nike can do better so instead of cutting holes in the sole, just give us the good stuff we all know and love!

I bought an 11, 11.5 and got a pair of lows to try on and I noticed all three had varying degrees of firmness when I tried them on. The low protruded the most through the strobel and I could actually see it through the insole. This set up felt the best and the heel felt almost Kobe IV like while the forefoot had a nice bounce to it without break in.  The 11.5 mid I bought also felt a little better then the 11. Even after break in time, the 11’s Zoom never caught up to the 11.5. (Still good overall though)

Cushioning starts off firm but softens up after break in. It’s good enough to say I could feel it  and it felt good but not great enough to be wowed. For comparison sake, heel Zoom is firmer than the Kobe IV, V, VI. Forefoot Zoom is pretty good but still not as good as the Hyperrev 2016.

I went true to size as I tried on my normal 11 and half a size up. I preferred the width of the 11.5 but it was too long in the toe for me. My true to size 11 fit perfectly length wise (finger width)and a touch tight to start but stretched out just enough. These do not have that extra length like the Elites (tried on at store).  I think narrow and normal width feet will be happy that these fit true to size width and length wise. 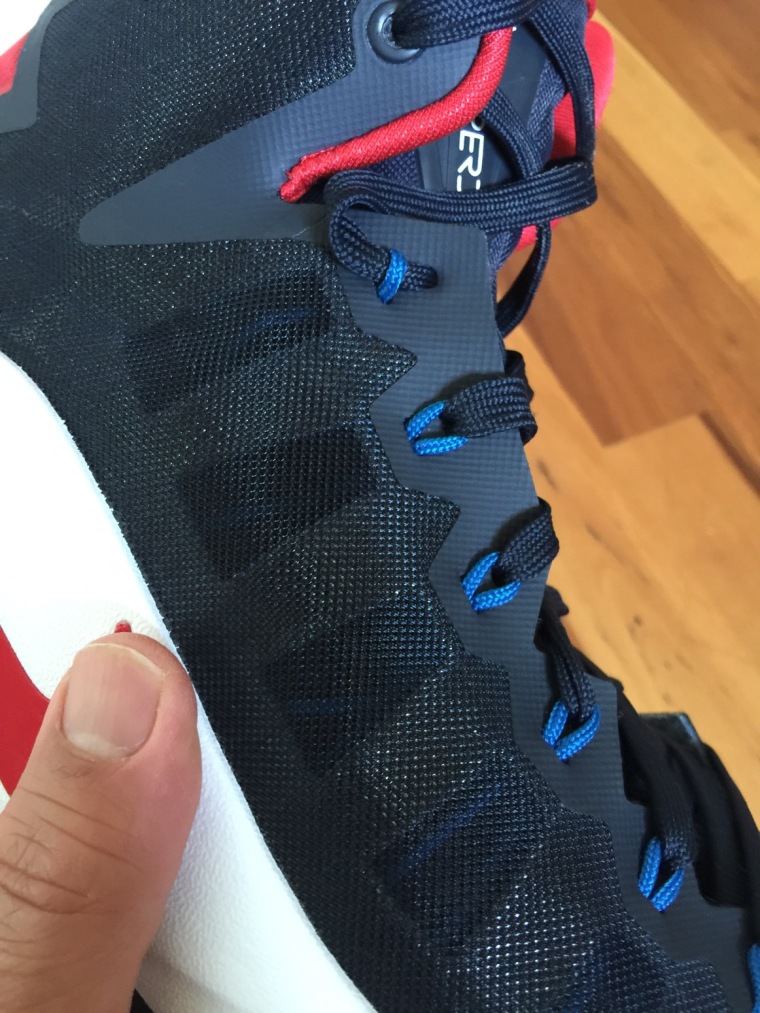 The materials on the HD16 are just mesh and fuse and and it’s the softer fuse so you get a nice snug comfy fit. 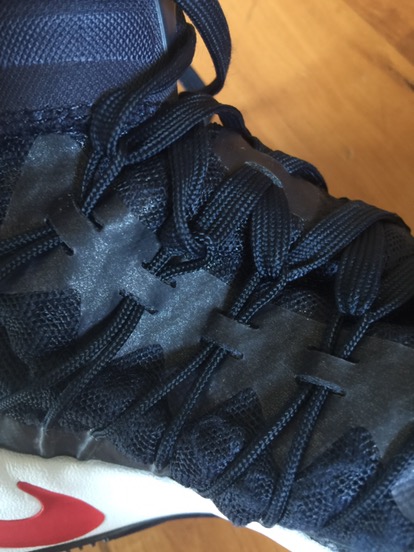 I did not like the mesh and Flywire only on the medial side. It felt like the Flywire was just sitting on top of my skin since there was no extra layer of fuse thus producing some minor irritation and lace pressure especially where the foot and ankle meet. Flywire only also causes some fraying only after a few runs. I’m sure the whole purpose of this was to make it more minimal and natural feeling but with softer fuse, I don’t think it was necessary.

Coming off the CLB16,  heel lockdown on the HD16 felt fantastic. The collar just sucks the heel back like a boot and I had zero heel slip. The entire ankle collar and tongue are well padded to assist with lockdown.

Support and stabilty
No frills, nothing fancy with the HD16 in terms of support. The support comes mainly from the fit and the heel counter. However, the higher cut helps with support becssue of this firmer red portion.

Usually Hyperdunks are pretty flimsy up top but this red portion is firm and acts like a prop for the ankle.   It bends just enough to not feel rigid but is stiff enough to control the ankle. I really like the support the HD 16 implemented.

I was a little worried about stabilty since Nike implemented a curved sole at the heel but like the Kyrie 2,  placement of the curve doesn’t affect stabilty. 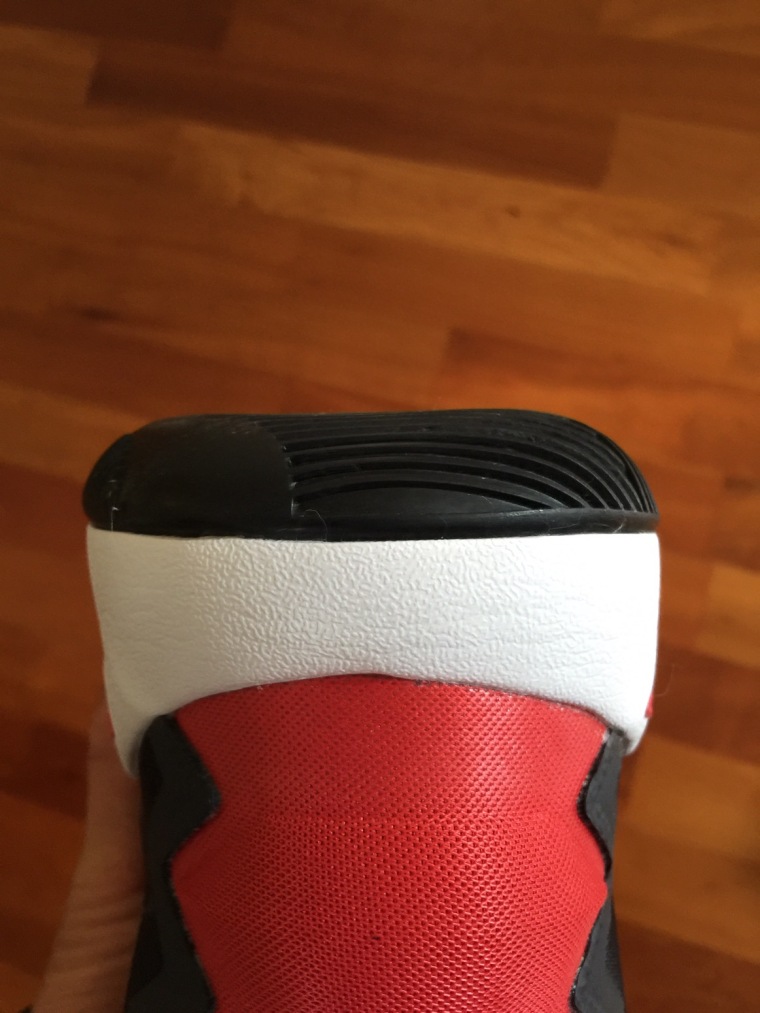 These easily passed my heel test.

Awesome. Big ol’ raised midsole just like the Rose 5. It just hugs the foot and keeps it in place on hard cuts. My foot sits about where the outsole meets the midsole at the forefoot 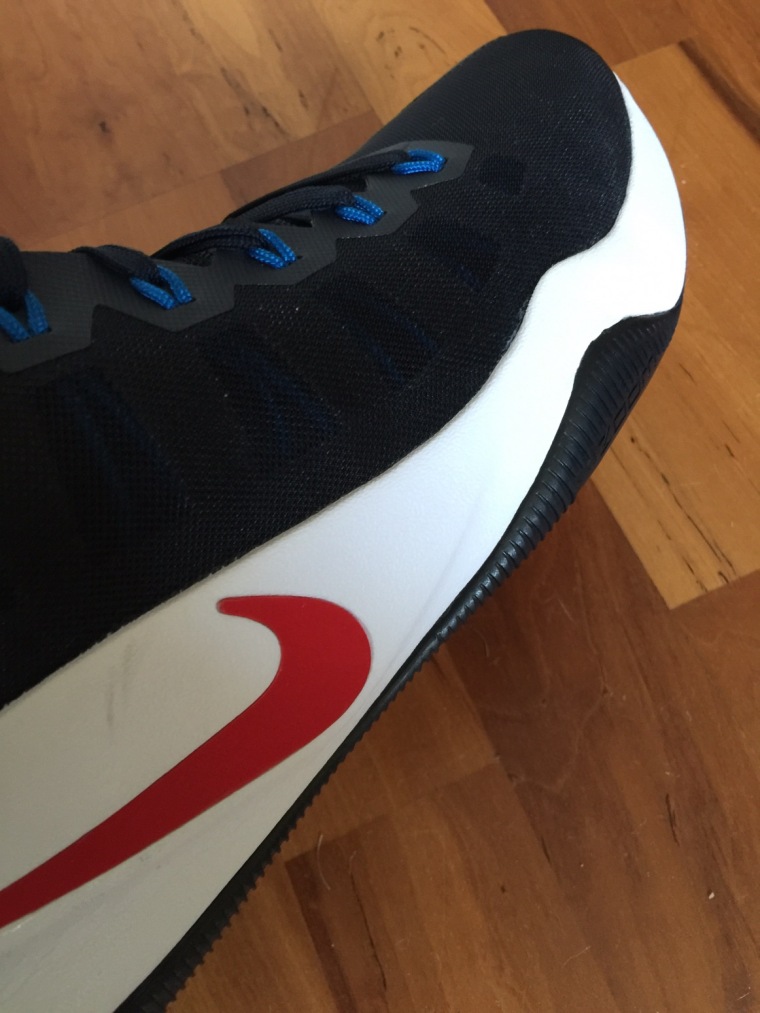 The only downside to this great big bucket is it takes some break in time to make the shoe feel natural since  the foam is stiff and there is a lot of it to break in.
Well done Nike!

The Hyperdunk line has been a consistently good performer (maybe not 2015) and these fall right in line with what I’d expect out the Hyperdunk.  Good to great performance in every category and surprisingly very supportive and stable underfoot. Very mundane and generic looking this year but that doesn’t take away from the performance of the shoe. I think if the cushioning felt a better I’d like these a lot more. I’m tempted to try the Elite but not at retail. At $140 the regular HD isn’t a bargain since Nike and its competitors have plenty of shoes at that price. Pay $10 more for the KD9 or $45 more for the AJ XXX1 or $60 more for the Hyperdunk Elite? Since when did Hyperdunks cost more than Jordans? As a consumer, I want to be blown away and feel I spent my money well. Anyways, I suggest waiting a few months because we all know Hyperdunks will hit the outlets for under $80.