The spawn of the Air Raid, Zoom Vick and Lebron XII might be ugly but beauty, or ugliness in this case, is only skin deep.

Here is the ugly contest performance head to head

If you’ve read my  Top 5, you’d know that the Soldier VI has been one of goto shoes for almost three years . I stocked up on them because they were that good (and still are). Excellent fit, cushioning, traction, support and containment,  the Soldier VI excels at everything.

I didn’t like the Soldier VII bc it didn’t feel like it had the same Zoom as the VI plus they were super stiff and I didn’t like the VIII bc it felt like cushioning was made of only foam (I did love the fit though).

Which brings us to the Soldier IX

The Lebron Soldier line has typically been great in this department which is one of the reasons I love the VI. Although the pattern is very different from the VI the IX holds its own. The IX did a great job on all surfaces and was very consistent regardless of the amounts of dust even though I didn’t  feel that bulldog bite I love from the very best traction setups.

I really like the pattern especially the vertical lines bc they really help stop you on hard cuts and defensive slides . The little nodules are similar to the Kobe X concept but aren’t nearly as small and flexible. But they really do a good job shooing dirt out of way like a toothbrush.

It just doesn’t get clogged up with dust so you’ll never slip but other shoes like the Rose 5, Clutchfit, Aj xx8 all bite harder but I have to wipe more often with those shoes. A better way to put it is the Soldier IX traction doesn’t grab quite as hard as the best setups but it doesn’t get affected by dust as much as the other setups either. In other words they are just plain consistent.

Finally a Zoom set up that can compete with the VI. The VI had very large Zoom units which is a rarity these days and the IX is no slouch.  These feel firmer than the VI but they actually feel like Zoom Air  but still not as responsive and bouncy as the VI.  Takes only a  little time to bring the Zoom to life.

I went true to size with my normal sz 11 and these fit perfect width and length wise.  It’s funny, as I was lacing these up, I was looking for more lace holes and there are only 4 total since the soldier’s lacing” system is composed of straps;one strap goes around the ankle to lock in the heel and ankle

while the other strap connects to some flywire that goes under and over the forefoot  while the strap goes over the midfoot. 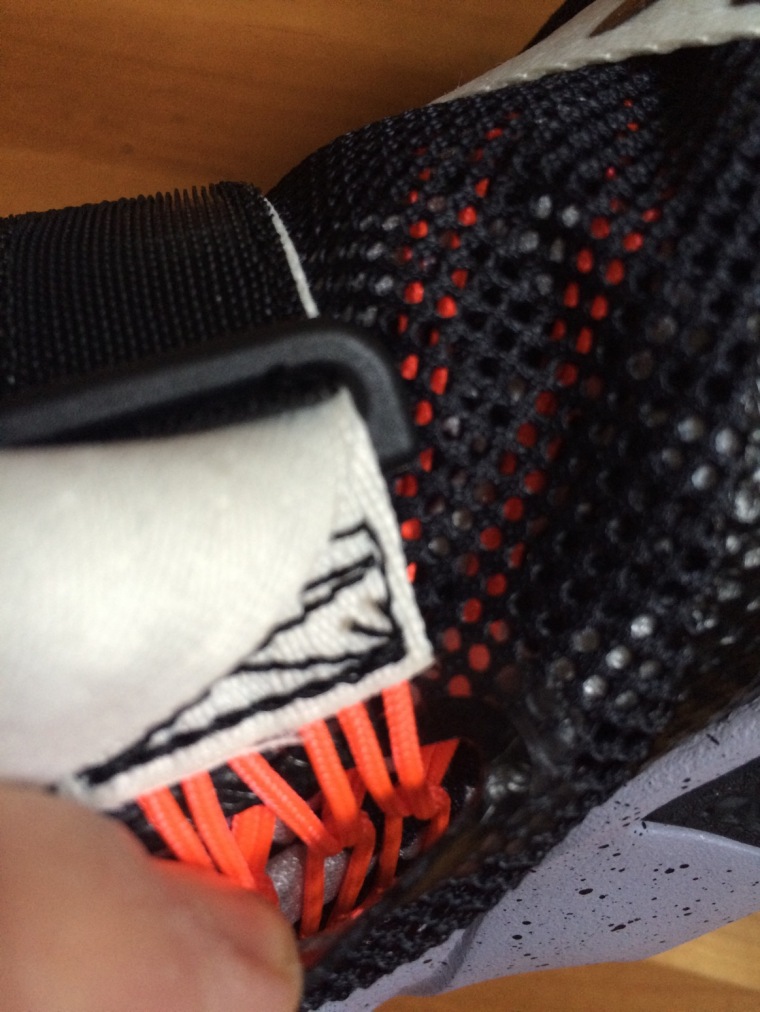 The result of the straps is perfect lockdown particularly at the midfoot. I didn’t feel the strap across the forefoot do anything unless I really tugged at it hard and folded the upper 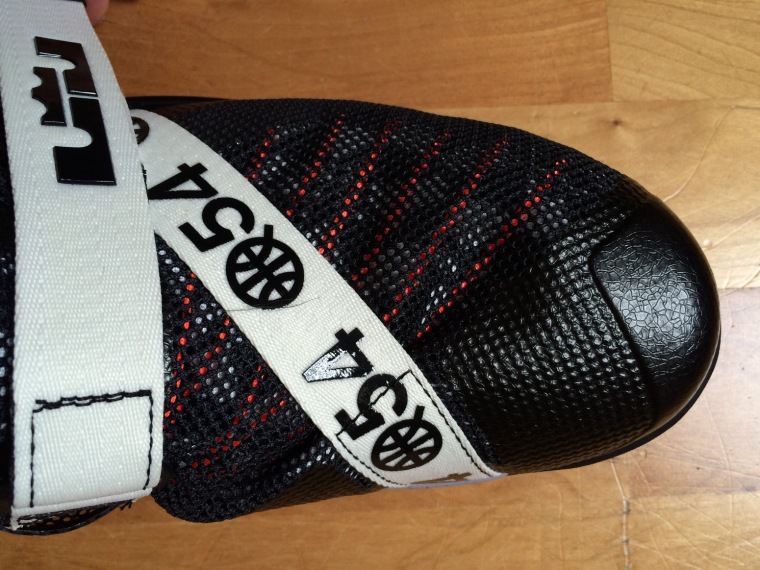 I tugged and pulled the straps as hard as I could and I didn’t feel any difference with the Flywire. All  of the tension increase I felt was on the midfoot and where the strap meets the Flywire  IMO it is too loose and high above the foot to do anything bc it doesn’t sit flat on top and across the foot so unless you have a very voluminous foot you won’t feel it. It does add some nice color though .  A standard  strap set up would have sufficed but regardless you’re locked in.

Reminds me of Alice in Wonderland
Below: The ankle collar  wraps around the ankle unlike the XII which stops much shorter than the Soldier or the Elite XII 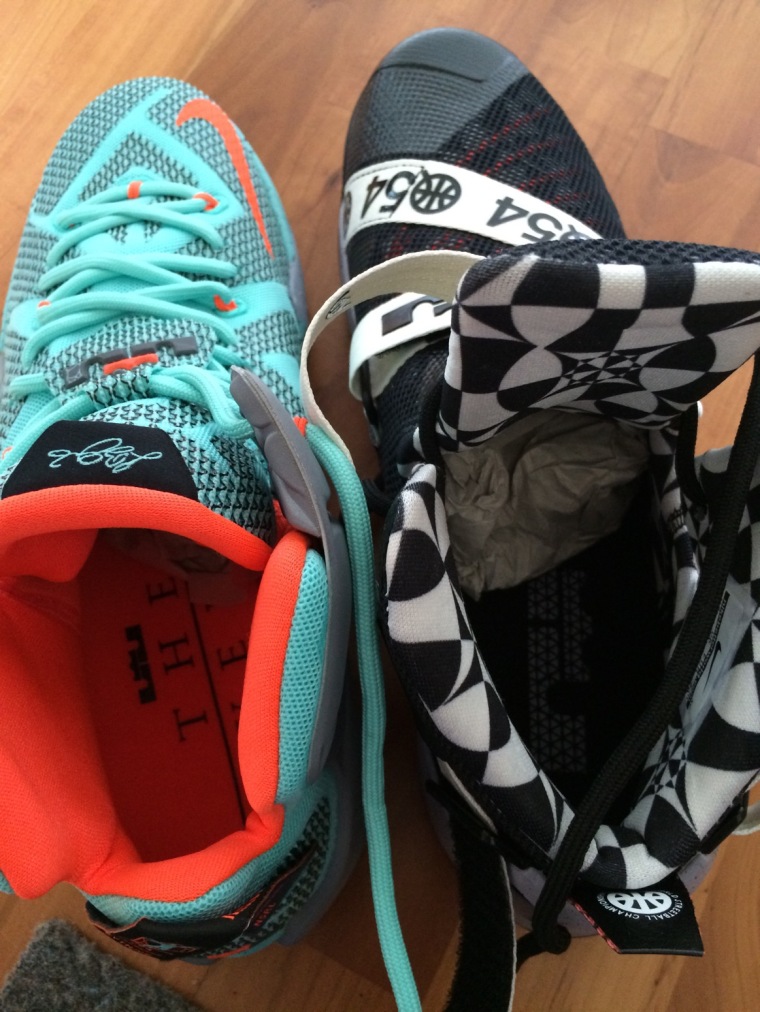 Support is excellent in the Soldier IX without being overbearing.

The wing is part of the entire “frame”‘for the shoe which I really like. Since the wing is made of foam , it flexes and creases  with the foot unlike Hyperposite or TPU.

It provides a nice stable base to build the entire shoe around because everything is connected to the one piece base. 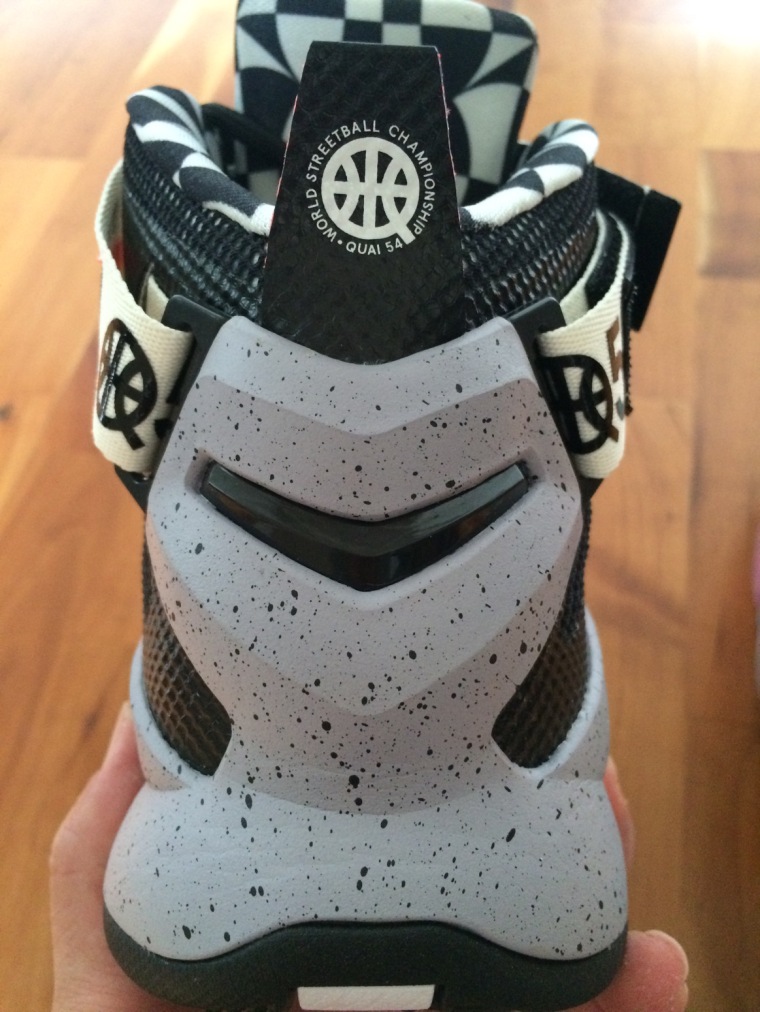 I also liked the fact that the upper is one piece

Above: the only stitching on the upper.

Soldiers have always provided a nice balance of freedom and support and these do it just right.  I feel like these provide a little more support than the VI especially at the midfoot.

Containment
Almost every marquee shoe I’ve tried performs well in the typical categories like traction, cushioning and support  but very few do a good job at containing the foot since the lightweight minimal upper movement. The Soldier line has always done a good job with containment and these are no different.

Fuse and the wing provide strength and rigidity to the upper to keep the foot contained,  not the Flywire, on hard cuts. . I said earlier, there is too much slack in the Flywire so the upper absorbs the the impact and provides containment before Flywire can do anything. Regardless, I loved the containment in these.  Reminds me of how the VI performs in this category.

While the Lebron signature line focuses on the latest and greatest technology, the Soldier line just plain performs proving newer and fancier isn’t always better. This shoe does everything better than the XII without all the gimmicks at a much lower price.  This colorway retailed at $140 and hit $109 on Nike.com only a few weeks after being released , probably because they are so ugly and busy.  Soliders never sell out so if you want to be frugal just be patient and prices will hit the typical $99 to $69 range and will eventually hit outlets for even lower. I’ve always felt the Soldier line was perfect for tweeners like me: Bigger/heavier players that can still move quickly and need flexibility and support and stopping power and these are fantastic. I love shoes that do everything well and the IX really has no weakness, kind of like Lebron.

Overall these could eventually replace my Soldier VI once I run out. They do almost everything as well as the VI (support especially under the midfoot was better than the VI).  For now I’ll stick to my VI. Glad I stocked up but good to know there is a worthy alternative .