If you follow me on Instagram @schwollo, you may have seen my post about these socks. I called in some favors and got these early just because… Well just because I’m me.

I have never worn or tried Stance socks but damn these are nice. I never bought any of their other socks because I felt they were a little too garish for my tastes but these are toned down. The previous official NBA socks were pretty generic made by a company called For Barefeet that I loved:

Sock Guide and Review
Stance.. Well all they do is make socks and they do it well based on my first pair.  Nice compression all around and well made. I played a few games in them and they worked just as well as other premium socks. No slippage in the shoe or saggy socks.

Early investors in Stance include Jay Z and Will Smith because they knew they had the next big thing after the success of Nike Elite socks. Not to mention margins are HUGE on socks.

Here are some more pics. I plan on getting the black pair soon and maybe the All Star socks from the past season. My guess is that they will retail around $17.99  or so which isn’t much more than the previous NBA sock. 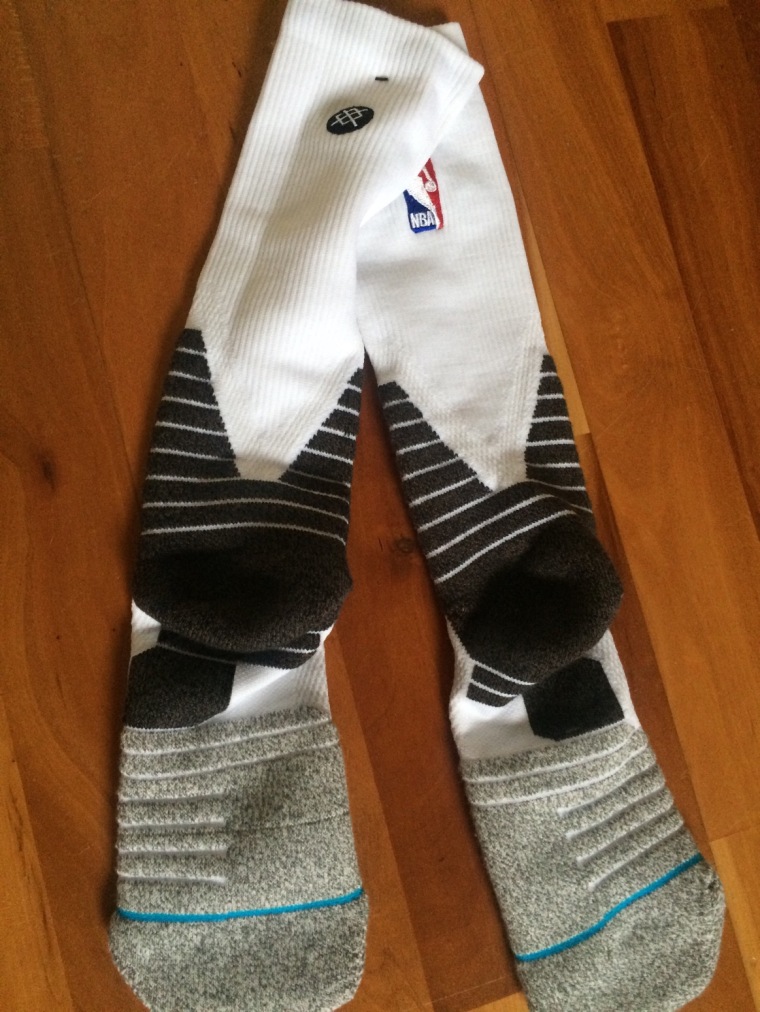 Only bad thing is if you’re wearing lows, the black triangle is very visible. 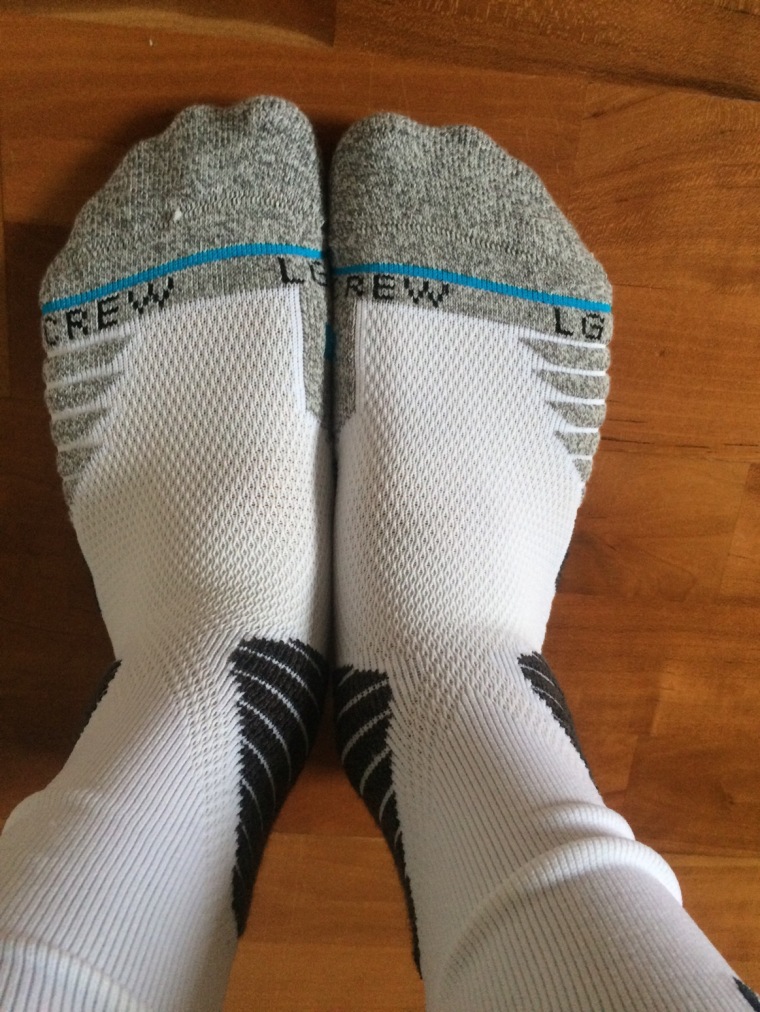