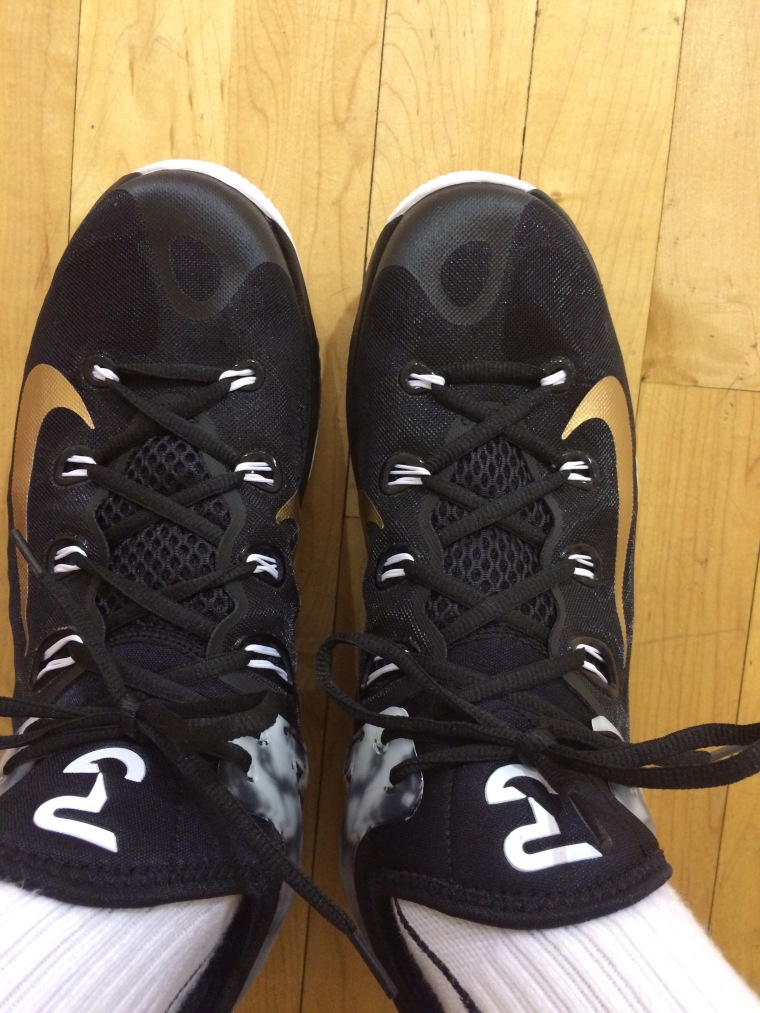 Who knew Aquasocks would be awesome shoes to ball in?

I had no idea that these were coming out but I saw the design and was intrigued. The 2014 Hyperrev was a mixed bag for me. Minimal upper was comfortable but didn’t do a good job of holding my foot in place especially during hard cuts. Traction was very inconsistent, providing good traction some of the time and slippery at others even on the same floor.  Full length Zoom Air was the only thing I really liked about the shoe.  How will this year’s model stack up?

I bought the Paul George PE colorway since A) I’m a big PG fan B) The other general release colors are pretty ugly.

Gone from the 2014 model is the weird bulky looking cut and in is a Hyperdunkish/hyperfuse hybrid.  These look nothing like the 2014 shoe so I don’t even know why they bothered calling these the Hyperrev at all. Hyperdunk 2013 Low anyone?  Hyperdunk Zoom Crusader?

Traction straight out of the box is great, although not the best I’ve ever worn.  Nice, squeaky, fairly pliable rubber is use in a herringbone like pattern to give the shoe consistent coverage and bite. 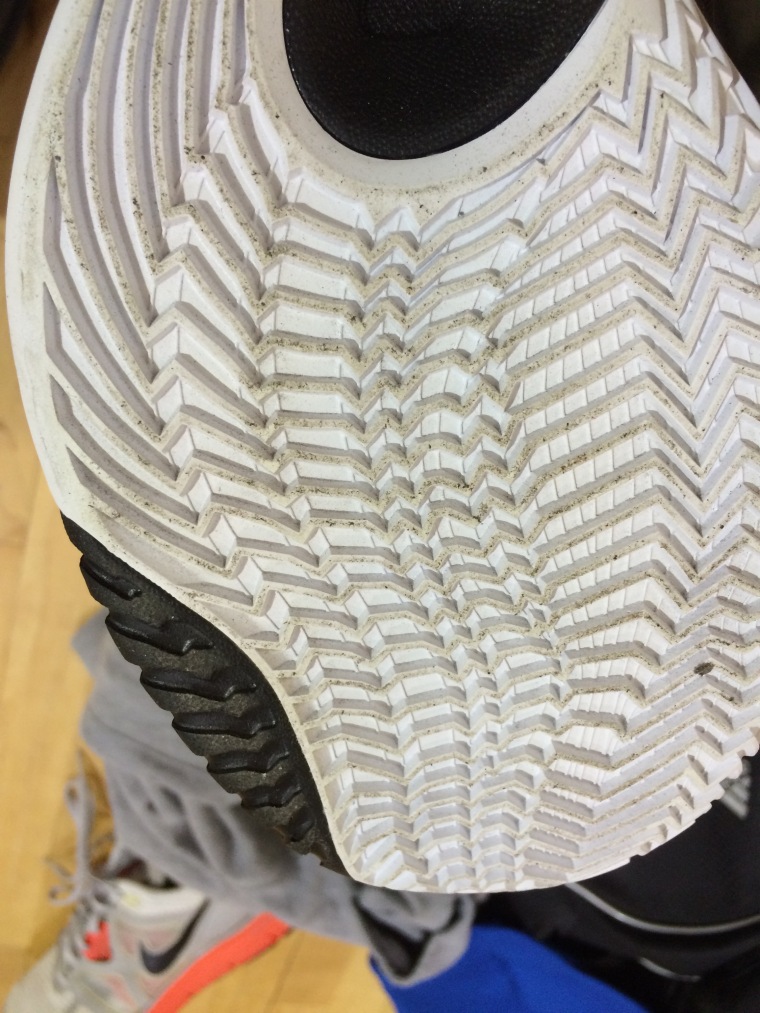 Traction does improve over time and is definitely on the better performing traction patterns but you definitely won’t confuse its performance with that of the Kobe IX or Clutchfit Drive.  I’d say it plays similar to Hyperdunk 2013’s traction or so.  If the Clutchfit and Kobe are a 10, these are an 8.5 to 9.Cushioning: 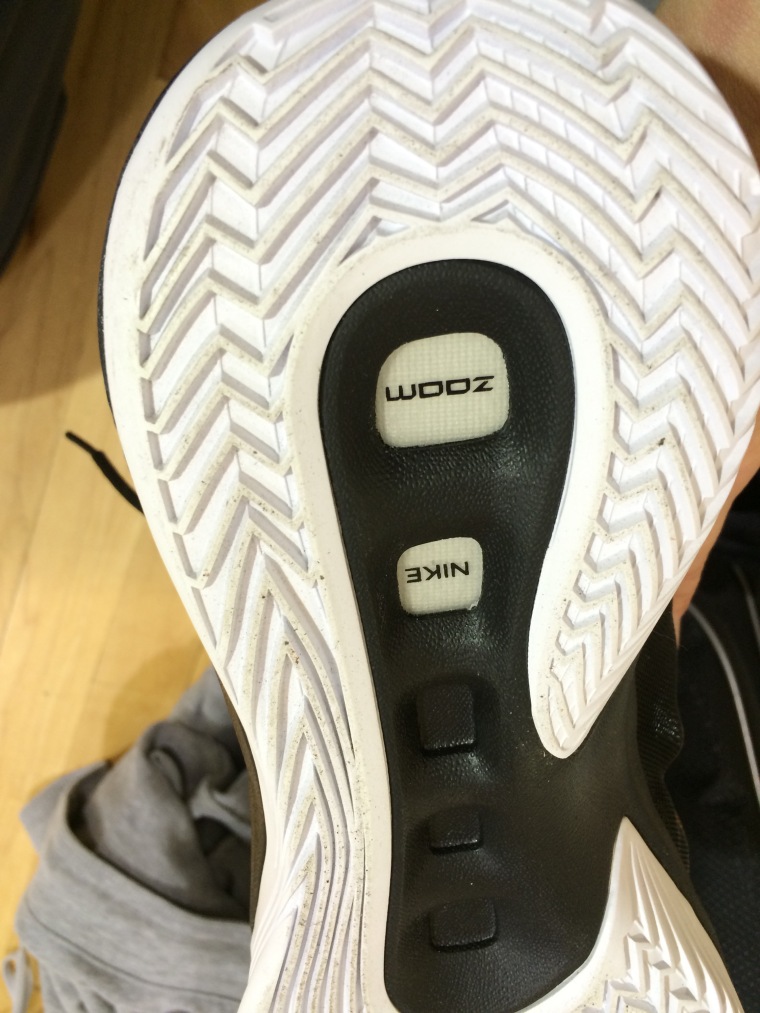 It does not have that perfectly smooth, seamless transition like the Hyperrev 2014 but it does have some good bounce back and response.  I’m pleased to say this feels like REAL ZOOM AIR, not that garbage that Nike calls Zoom Air but feels dead. It feels very similar to the Kobe VI which is a good thing.  Actually the entire shoe reminds of the Kobe VI but with a slightly wider base.  The forefoot Zoom feels larger than the Kobe VI’s met bag but I’m not 100% sure since I didn’t cut it open.

These fit true to size for me, which is my standard sz 11. For reference, I wear an 11 in all Kobes except I-III and an 11 in all Lebrons except IX, which I need an 11.5.  Surprisingly, I experienced ZERO heel slip in these and I know it is due to the little notches they put in the heel  to surround the achilles as well as the heel counter extending all the way around into the top lace loops ala the Air Jordan IV. This worked well on the AJ IV back and 1989 and its pretty cool to see Nike bring the idea back and have work it even better with a more flexible plastic. 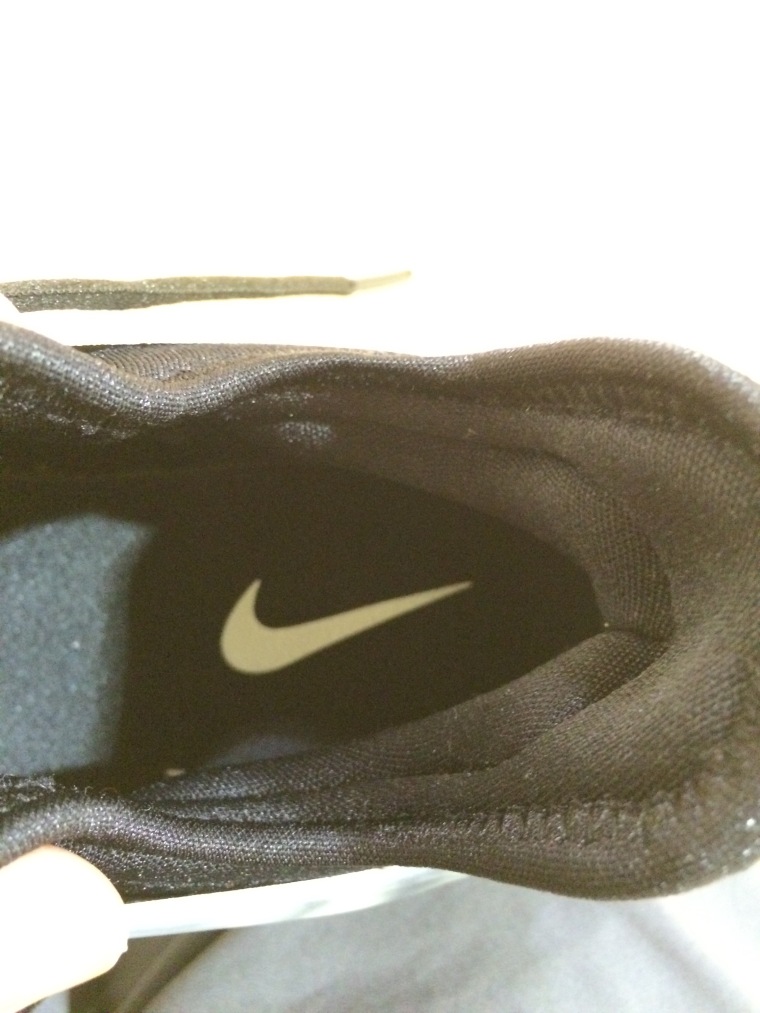 If the notches weren’t there my heel wouldn’t have slipped like they always do in lows but thanksfully Nike made a tiny adjustment and it works wonders.  Width wise, the shoe fit perfectly for me and I’m a wide footer.  I believe the great width fit was due to the flexible mesh upper and flywire.

Another reason I enjoyed the fit of this shoe was that there was no separate tongue; the shoe is basically a neoprene sock with an extra some mesh for support (and lace holes).  The sensation of wearing the Hyperrev 2015 reminds of wearing an Aquasock since it seamless without a tongue.

The Lebron XII tried to implement this idea but unlike the Lebron XII, there isn’t any bunching when you lace the Hyperrev up and the tongue sits perfectly on top of your foot.

Nike also extended the sole up above the midsole at the forefoot to  as well as t from sliding side to side and it works really well.  The 2014 Hyperrev didn’t have any top of support like this to keep the foot from slipping out of the shoe on hard cuts.

Last years model was horrible when cutting side to side since there was nothing holding the foot in place other than individual flywire strands that did not actually run through any lace loops. The only thing holding the foot in place was the mesh upper and Flywire which sat on top of a totally flat midsole (no bucket effect). Flywire cannot hold the foot in place on its own and needs to be laced through a larger piece of support/upper.  This year they changed that and ran the laces through flywire AND the laceloops to really lock the foot down and provide support for side to side movements.  As you can see below the first two lace loops do not run through the overlay just the flywire. 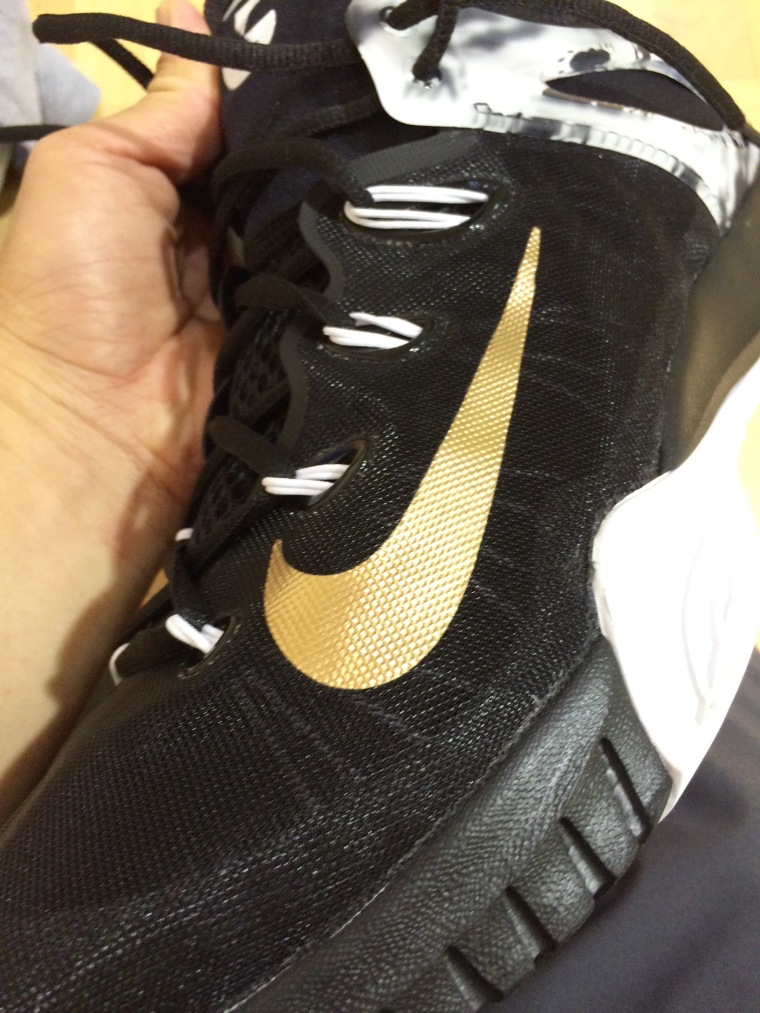 Flywire IMO is just a way to add some more color to their shoes and little else.  Ask the hundreds of people shoe have had their flywire ripped in their Hyperdunks if they could tell a difference….

The sole of the Hyperrev 2015 is very flat and this passed my heel test with flying colors. No tendency at all to tip over when stepping on the heel which is a big plus in my book.  It felt so much more stable than the Kobe VI even though it was just barely wider at the heel.

I’d call these the Hyperdunk 2013 lows rather than the Hyperrev 2015 bc they took so many facets of the Hyperdunk to improve the Hyperrev name.  They even look like them Pete’s sake..  I feel these are one of Nike’s best efforts in some time with real Zoom Air that you can actually feel, great traction, a super comfortable breathable upper all on top of a stable base that feels very natural underfoot.  Quality was top notch with no extra glue spots or unsightly stitching.  At $129, this by far outperforms shoes like the Kyrie I (although its only 110) as well as the Hyperdunk 2014. Even as a mid/high guy, I really love playing in these.