My man Luvmykicks has been busy..busy being a b-ball trainer, busy dropping buckets and busy with life. If you’re in the Tampa/Florida area hit him up!

Cons: a little tippier in the heel than I prefer due to Zoom with no cage and contoured outsole

Sizing Advice: true to size, wide footers will want to go up half a size due to narrow midfoot

About average for a low at 13 ounces. Please don’t tell me you can tell the difference between one ounce when that one ounce is as far away from your brain as possible. 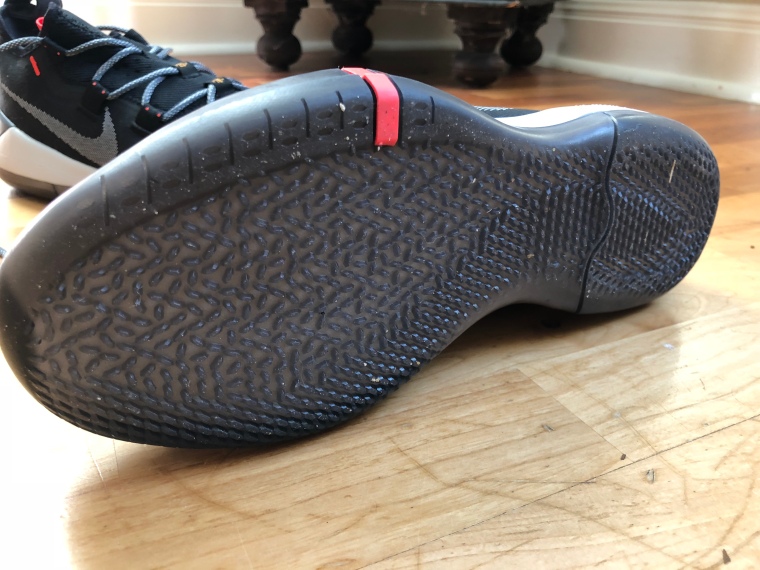 Me: seems to be similar looking but better than the NXT 360 for me as well. Feels a little tackier to the touch without picking up dust thanks to the node design. I needed some wiping on dusty floors but that was pretty infrequent and it seems to stick mainly on the lateral side where it’s flat however the rest of the pattern saves it.

I like the node idea that Nike has been using because they execute it correctly most of the time and it works. Overall I was happy with the traction.

LMK: Good ol big ol Zoom in the heel and Phylon everywhere else. According to LMK it feels just soft and springy enough and low to the ground in the forefoot.

Me: I agree. While it isn’t named Lunarlon, React or anything else like that, it feels springy enough under foot to make the sure the Fun Police don’t show up and hand out any tickets. (Some kids don’t know who the Fun Police are so here you go)

Under Armour did a similar trick with the Curry 4 with its “proprietary foam” but later called it EVA (after I did some digging..UA peeping my site people!!) It feels fine but just don’t expect it to last. And at least Nike is giving us a big Zoom for $140 and not just EVA for $130 . Also glad Nike didn’t make a fake window like the did with the first AD. 🤦‍♂️

Compared to the AD Mid, the Exodus has a more plush absorbing feel due to the bigger Zoom bag in the heel (and bottom loaded) . Very similar in size to the OG 2K4 although the feel is entirely different. The AD Mid has a slightly firmer yet still springy feel since it’s top loaded. The AD Mid Zoom is pretty much what Nike has given us in all Kobe’s while the Exodus is most similar to the X. 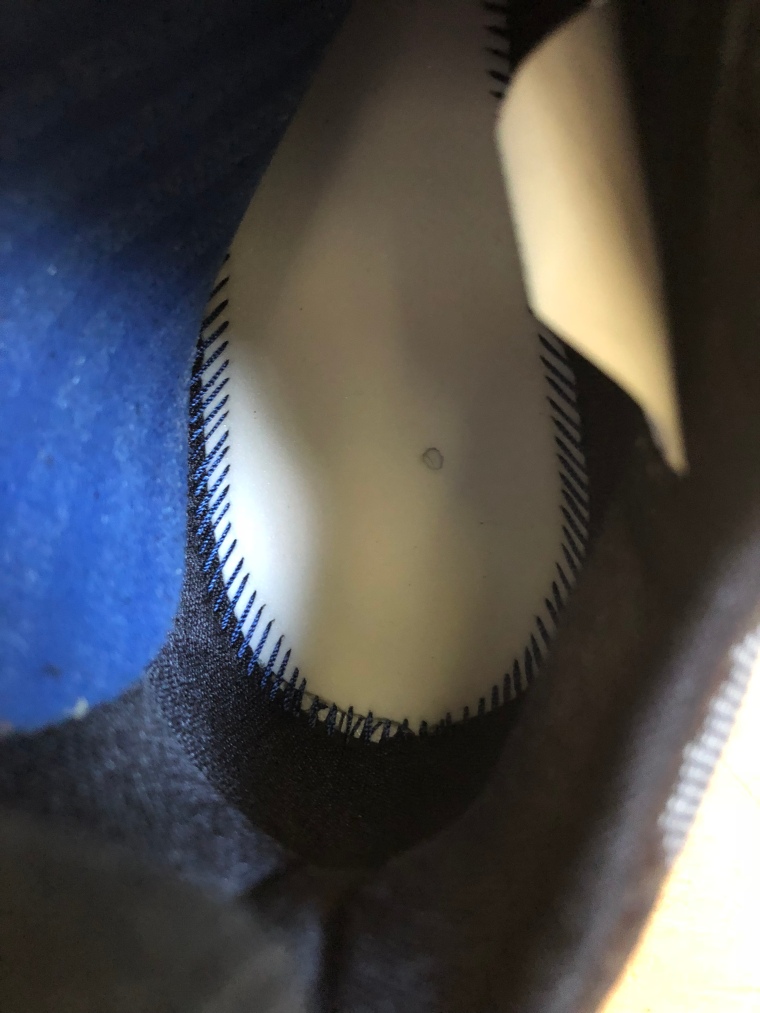 This injected Phylon and Zoom set up feels a lot like the Kobe X underfoot but with a little more compression(softness) since there isn’t a cage. I think most players will really enjoy how these feel because I did, even knowing it really isn’t a premium foam per say..

LMK: True to size, good fit all around no heel slippage, slight deadspace above the toe box

Me: true to size although wide footers like myself may want to go up half a size due to the narrowness of the midfoot. It adds a little length but heel slip wasn’t an issue and it makes my fat flat arch feel better. The difference in construction between these and something like the Kobe V is the medial arch. You can see the difference in design with the pic below. 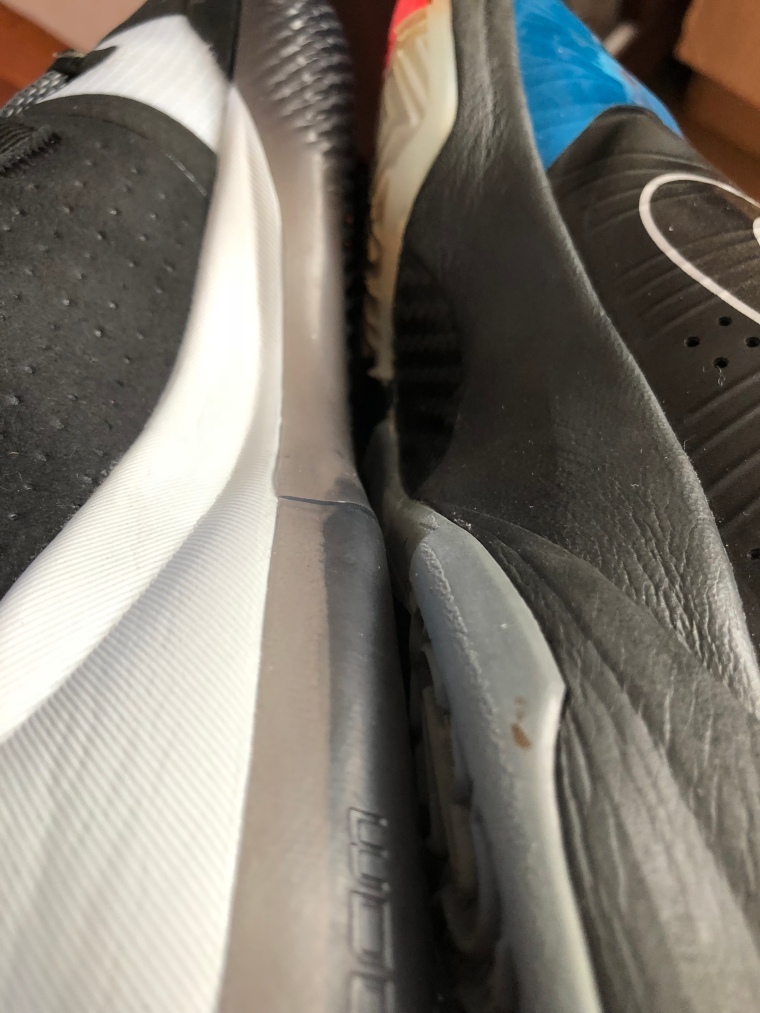 All the midsole foam on the Kobe V keep my fat flat feet from hanging off the side.

No issues with heel slip or movement in the forefoot due to the placement of the top eyelets and how padded the ankle collar is.

You can see how far and high back the top eyelets go which is key for me to pull my ankle back and down. Why doesn’t every company do the same.

A little deadspace above the toe box is fine and doesn’t affect anything other than some extra space. I really didn’t have any but that’s probably due to my fat feet. My Soldier VI’s have a much more pronounced deadspace bubble and I’ve never had an issue.

Overall I found the fit to be great with no heel slip or movement. Not a surprise, aside from the Kobe VII, Kobe’s have always fit me well. Well done Nike!

Me: kinda cheap feeling but works fine. Flexible and rigid where it’s supposed to be especially with the no stretch plastic rand across the forefoot. Adding the words “composite fiber 2.0” makes it seems more technical and legit but it’s just a plastic piece people. At least it does what it’s supposed to. Materials are about value and for $140 it’s about $110 worth of material value. No biggie since I paid $112. 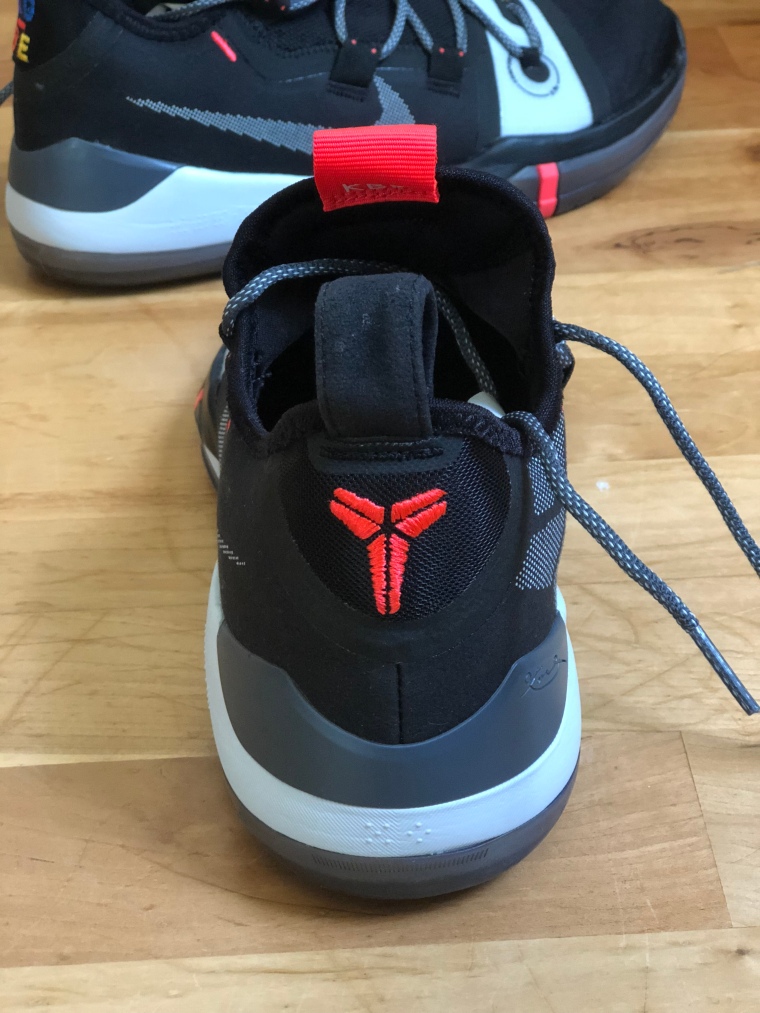 Me: this is a low so support comes only from the fit and heel counter. Your foot really sits below the grey heel counter and it on the firmer side like heel counters of yesteryear.

You can really see how similar the shoe is in width compared to the X. It may not have an outrigger but it’s just as wide.

However, despite the width, I found the rounded heel a little tippy (not nearly as bad as the NXT 360).

Subtract the cage of the X, add the rounded heel and it is just not something I am super confident in due to last sprains from the Kobe IX and Lebron X. That’s just me so don’t let my experiences scare you. If you’ve had success in the past you’ll be fine in these.

Overall, support was fine for a low, stability is great in the forefoot and just a little unstable and squishy in the heel.

Me: no issues at all because the midsole is raised almost entirely from heel to toe plus it has Composite Fiber 2.0..not to be confused with sorry old 1.0 mind you (there was never a 1.0 if you didn’t get my joke)

Aside from the launch colorway and Nike.com’s fake sellout of the black red colorway, these will be easy to get and can be found at almost any major retailer. Like I always say, don’t pay retail unless you really really need a pair of shoes. I got these for $112 last week with a Dick’s coupon so no need to complain about the $140 price point. It’s only been a week but I really enjoyed these right out of the box even if it doesn’t have the latest and greatest tech specs (ie Flyknit with React). It just does everything well but I do do wish that the medial arch had some support..even still it isn’t a deal breaker. I personally would have liked a flatter outsole in the heel but hey it’s not my sig shoe.

If you were one of those who sh*t on the X because of the materials, well I guess Nike heard you? These play more nimble since the cushioning isn’t caged like the X and Nike replaces the fuse upper with a more “modern” mesh upper for flexibility. Think of the Exodus as the Kobe X after some serious Bikram yoga workouts.. a little hotter and sexier while being more flexible.

Overall, I’d give these a first team rating but given my history with ankle sprains due to rounded heels, I’ll give these a second team rating for now but it’s definitely one of more fun shoes I’ve played in this year even if it isn’t perfect for me.