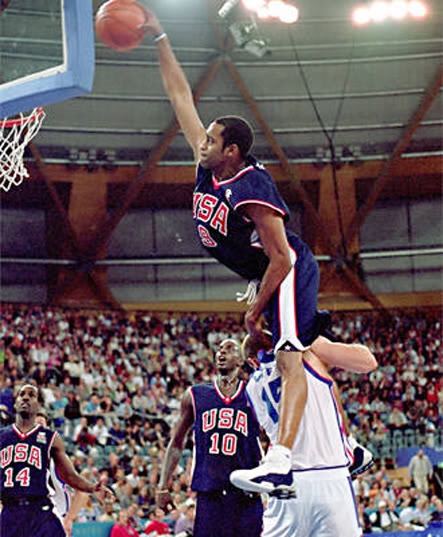 ﻿Back in 2000 you couldn’t get away from the Boing slogan. The BB4 was THE Shoe at the time and everybody and their mothers wore them . Nike really pushed their new technology into the face of consumers and I, for one, loved them.  After fifteen years of sitting in my closet, I bust these out for some pickup games and see if they could still hold their own….And not fall apart. 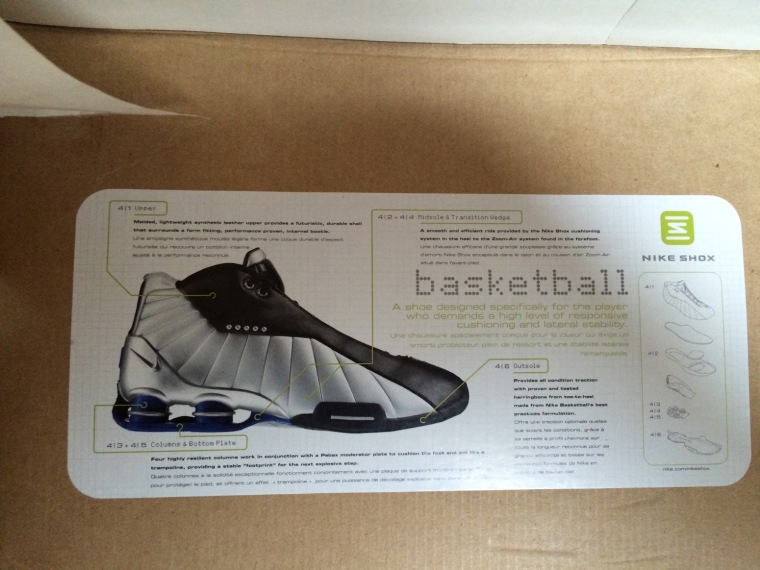 I think it’s awesome how Nike listed the tech specs on the box. 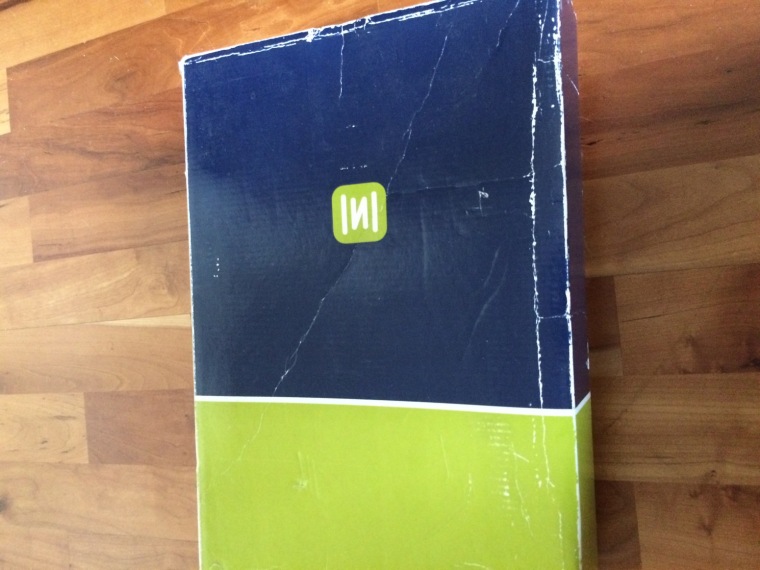 ﻿Since these were already worn, I  got to the skip the painful break in process . I remember how badly my feet hurt when I first wore these on court the first few times and was glad I didn’t have to go through that again.  Also, just picking them up you can tell they are way heavier than today’s shoes. Easily 20 plus ounces vs today’s 12 ounce shoes.

CONS: Heavy compared to today’s shoes, break in time is painful, transition takes getting used to 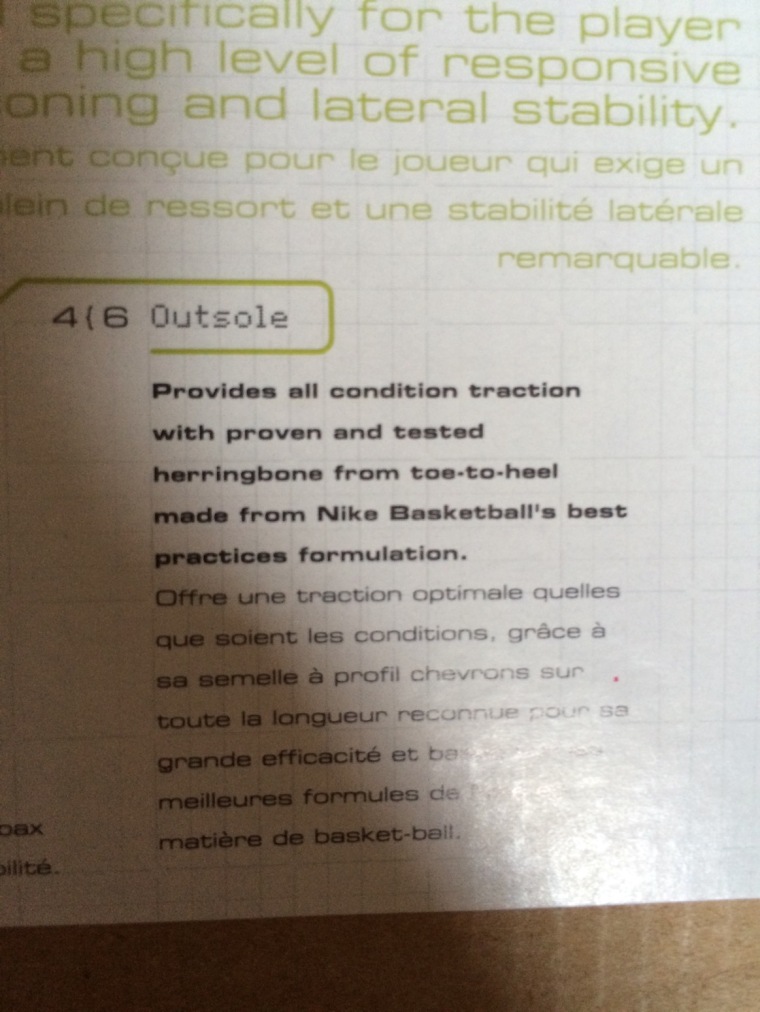 Even back then Nike knew what worked.﻿ 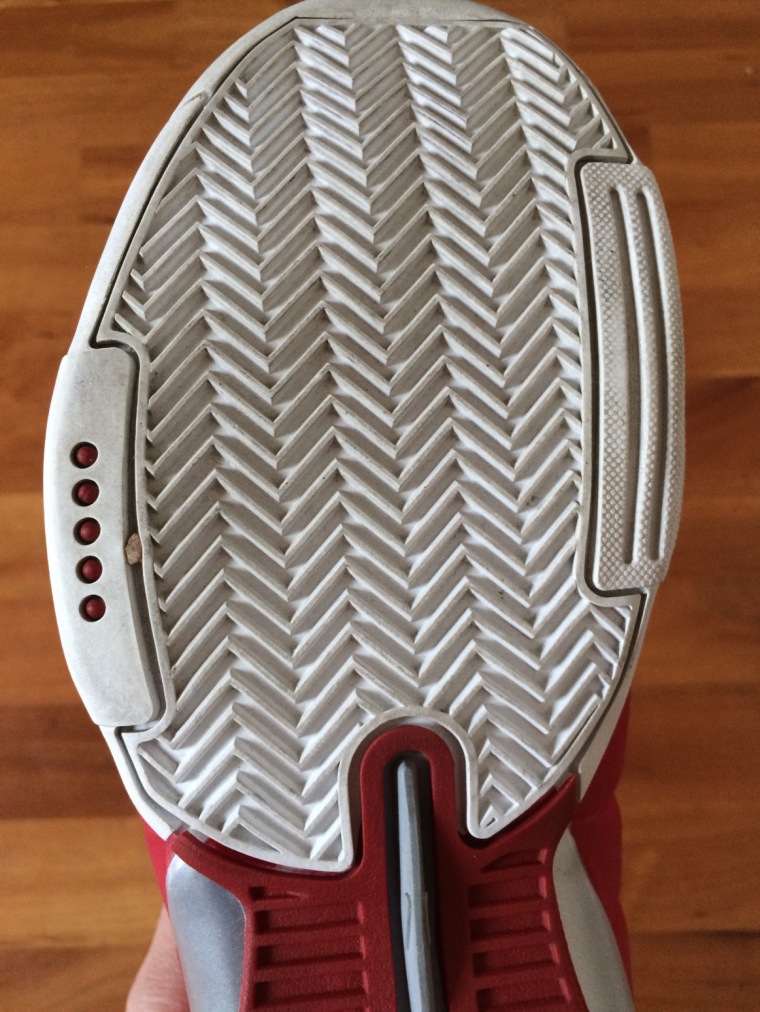 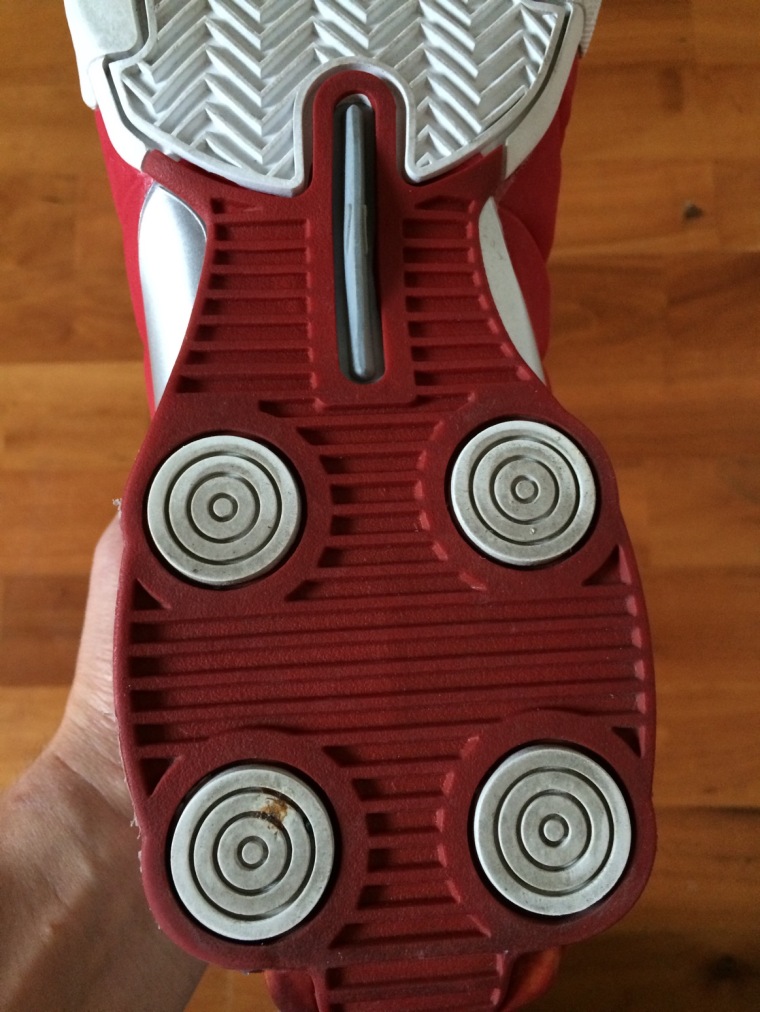 Traction is still awesome on there even on dusty courts. The rubber never glazed over and hardened even after 15 years. Still has that squeak and stop performance I love. 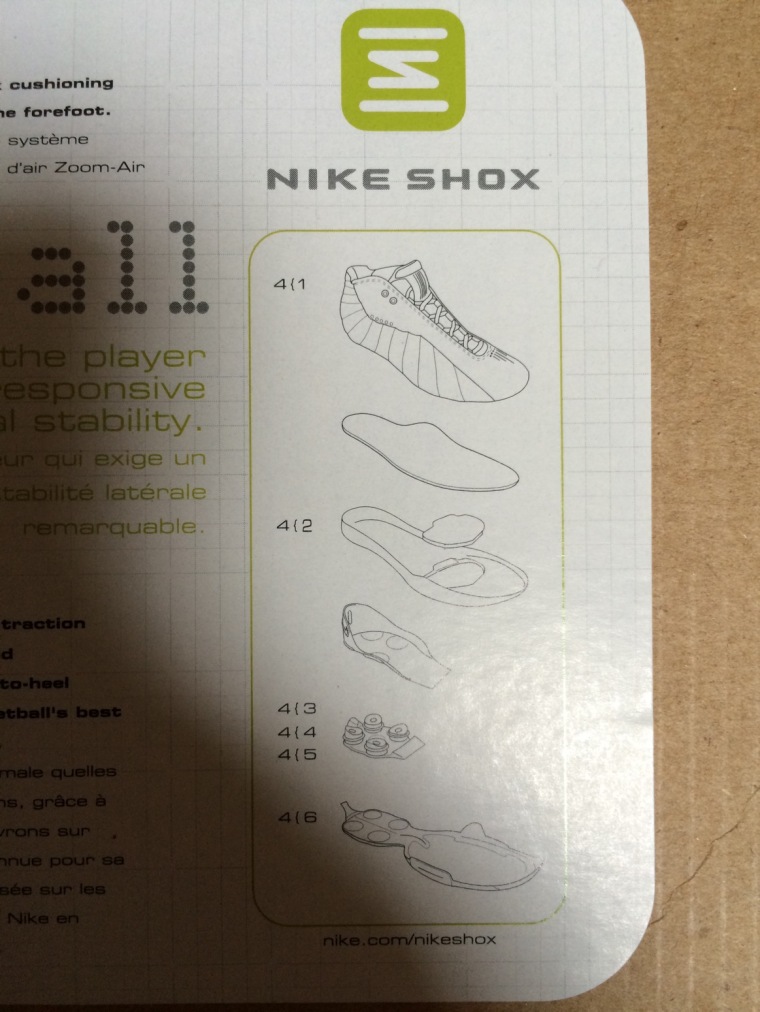 Zoom Air in the forefoot and Shox in the heel.

Shox were made out of a different density PU to provide the player with so called energy return . Basically Nike was trying to create new technology so people would get excited about their innovation and see that they weren’t happy with just Nike Air. They were successfull in making the polymer more responsive than standard foam but it had to be broken in first. Zoom is great in the forefoot but the Shox started out super stiff and jarring until break in, which was usually about 10 hours. Once it broke in though, it was a perfect mix of cushioning and stability. Four independent Shox kept the foot stable since each Shock (Shox?) could do its work independent of the others. They definitely had that bounce and responsiveness we all love with Zoom air but in a different form factor. Transition isn’t the best since you are going from Shox in the rear to a shank plate with no cushioning below it to Zoom Air in the forefoot. I never noticed this back then but with today’s full length cushioning set ups I notice the little things. This poor transition set up was probably also why my feet wokld get so sore.

Bought my normal size 11 and fit perfectly lengthwise. The shoe ran narrow compared to other shoes from that time period but now it is par for the course. No heel slippage or side to side movement thanks to a very plush ankle collar and tongue which was also standard back then. 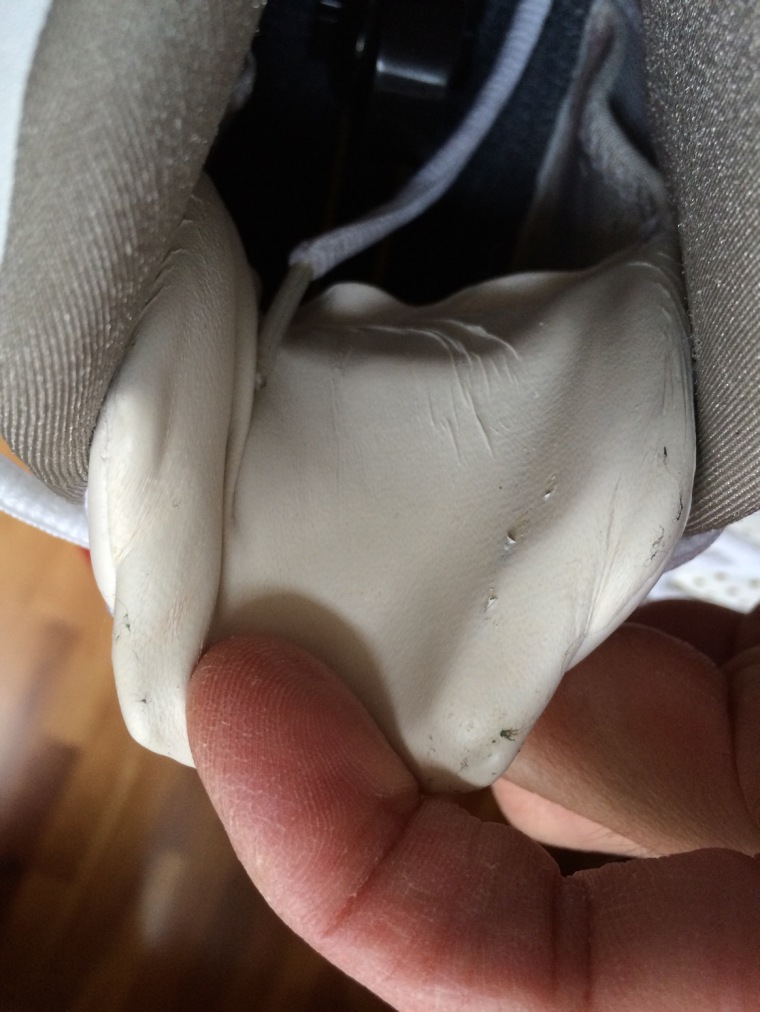 Nike was really way ahead of the game back in 2000. Upon analyzing the shoe, I noticed the solid heel counter and realized it is exactly the same as Adidas’ Sprint frame set up . 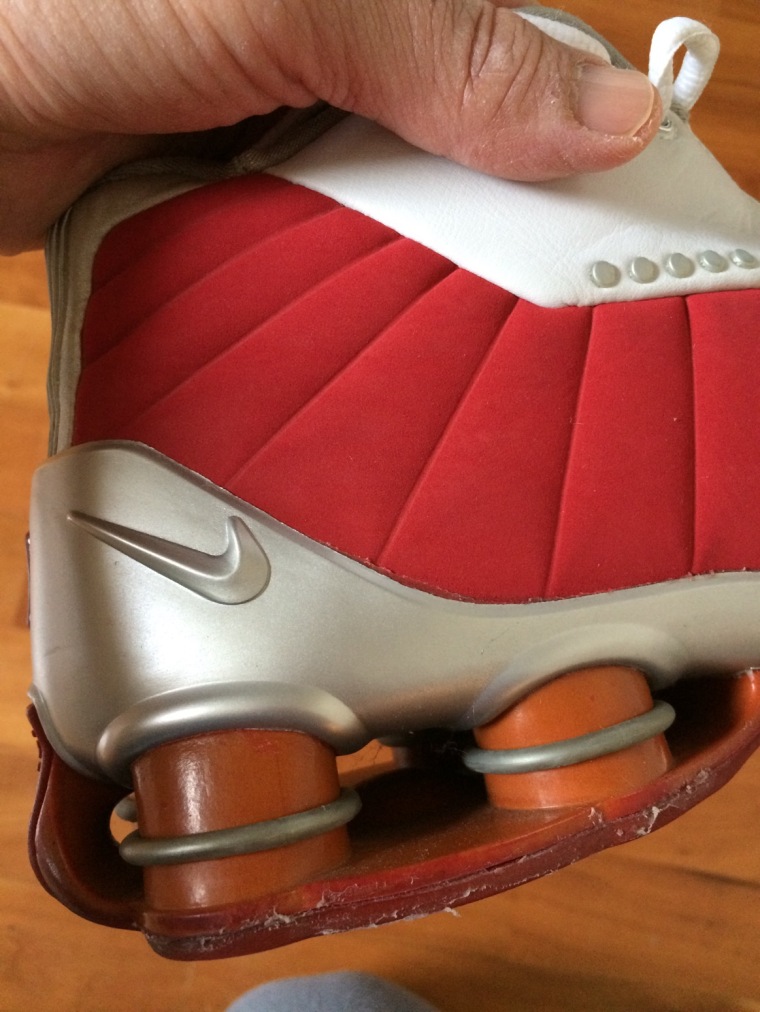 With the Sprint frame set up and Shox, I really don’t know how anyone could turn an ankle. Perfectly stable as it  blew away my heel test. I have never turned my ankle in these btw.

A synthetic leather upper? I always thought these were genuine leather until I read the box ! Anyways the materials are probably double the thickness of the mesh and fuse uppers of today and they do a great job keeping my foot in place on the footbed.  Also helping keep the foot in place is the footstay at the forefoot 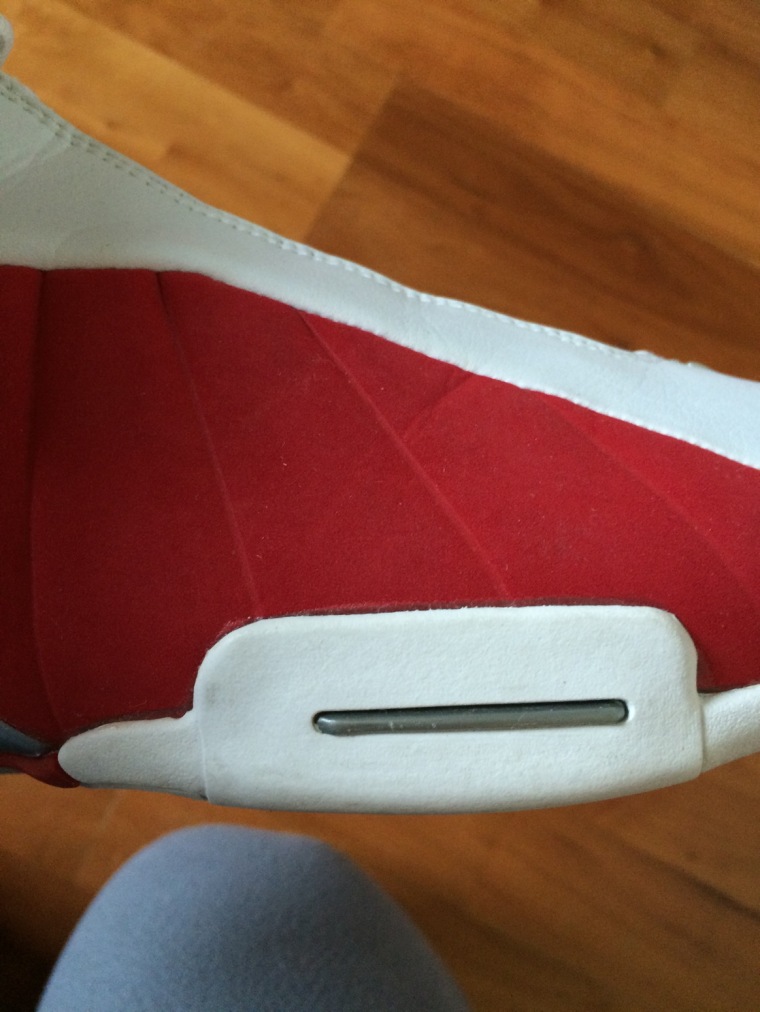 My foot stayed perfectly in place even on the hardest cuts.

Despite being 15 years old, this shoe didn’t fall apart during pick up which is a testament to how good Nike’s quality was back then.  It was way ahead of it’s time with innovative cushioning, a perfect, albeit painful to start, fit, and outstanding support. Although it is heavy, it definitely isn’t clunky feeling and would suit a lot of different players big and small.