As I continue my shoe closet purge, I came across these and thought these would be a great way to kill some time waiting for this weekend’s releases (Kobe 360, Protro, Curry 5). After wearing them the past few weeks, I also decided to keep them.

It’s hard to believe it’s been nine years since the Soldier III released (almost as hard to fathom as Nike retroing the Soldier I!?) I remember walking around the Costa Mesa mall during a vacation and checking these out at the Footlocker there, then walking out with a pair for $69.99. The more time that passes and the more I write reviews on older shoes, the more I realize nothing has really changed in regard to sneaker “technology and innovation”.

15 ounces in a US 11 which is the average weight for mids today although these were way lighter than previous LeBrons.

Then vs Now: tie 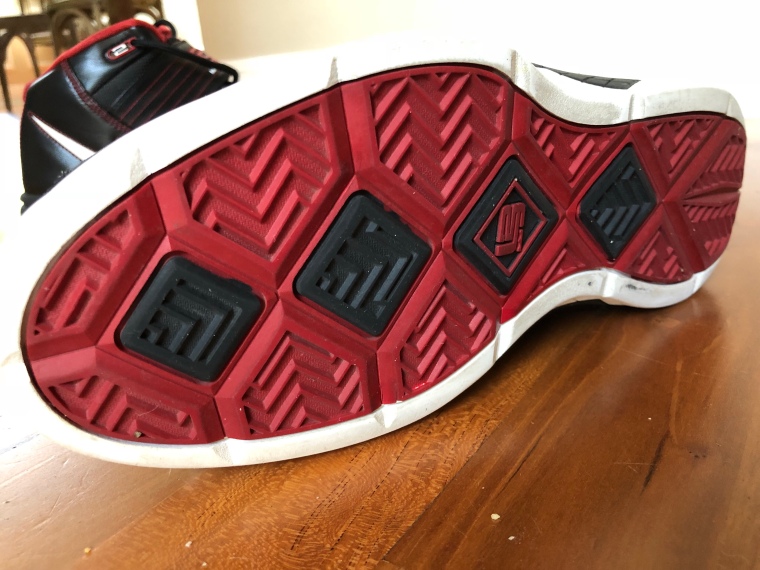 One of the better traction set ups of the Lebron Solider line. I guess the pattern is a sectionalized modified herringbone?

If you look at the direction of the herringbone, it runs more horizontally than vertically than most herringbone set ups which helps with cuts and defensive slides and stops. Of course there is some standard vertical herringbone right up the middle. 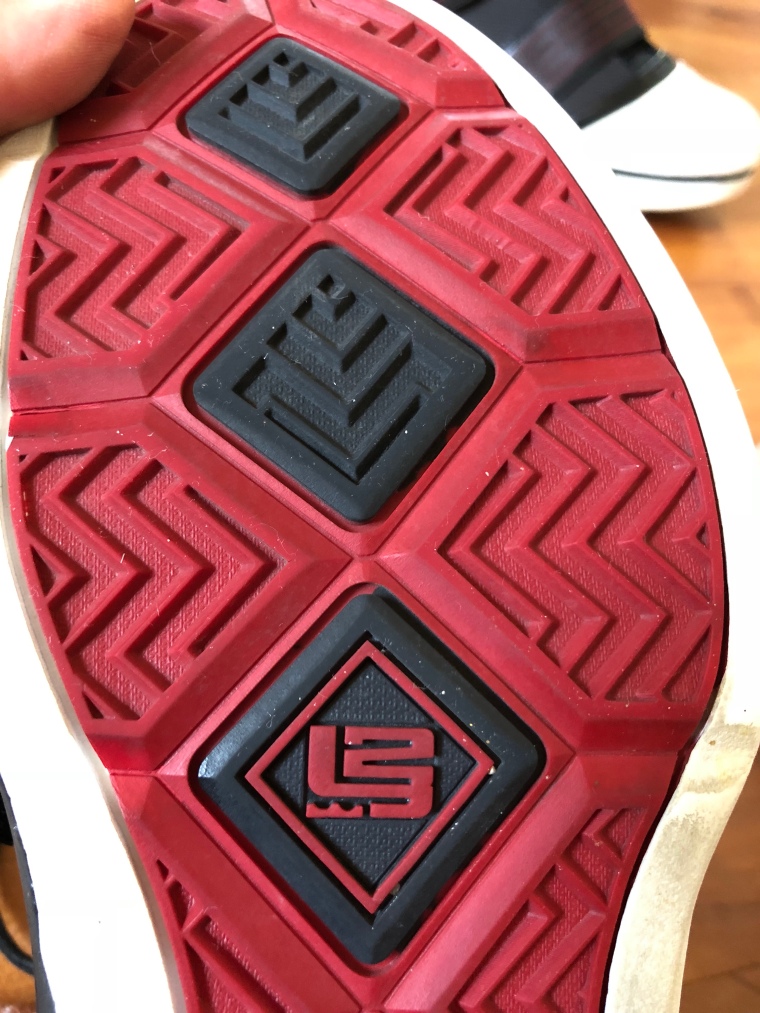 It isn’t perfect because that that flat outer rim can pick up some dust and cause some sliding but nothing out of the ordinary. A more modern pattern would probably have the herringbone extend all the way across the outsole and possibly up.

If you’re constantly searching for the GOAT traction like me, these are not it. They don’t have the bite of something along the Rose 7 or Curry 2 nor do they deflect dust like them but they do a good enough job, very similar to the Clutchfit Drive type of performance. I have them a little below the Soldier VI traction as well.

Then vs Now: tie although there are better patterns than the Soldier III then as well as now.

A very standard (at the time) heel and forefoot Zoom. Sad to say we get excited about good Zoom set ups like this nowadays but back then, this just the norm. If you take a look at the pics, you can see the Zoom pushing the strobel board which of course translates to a lot of Zoom feel. 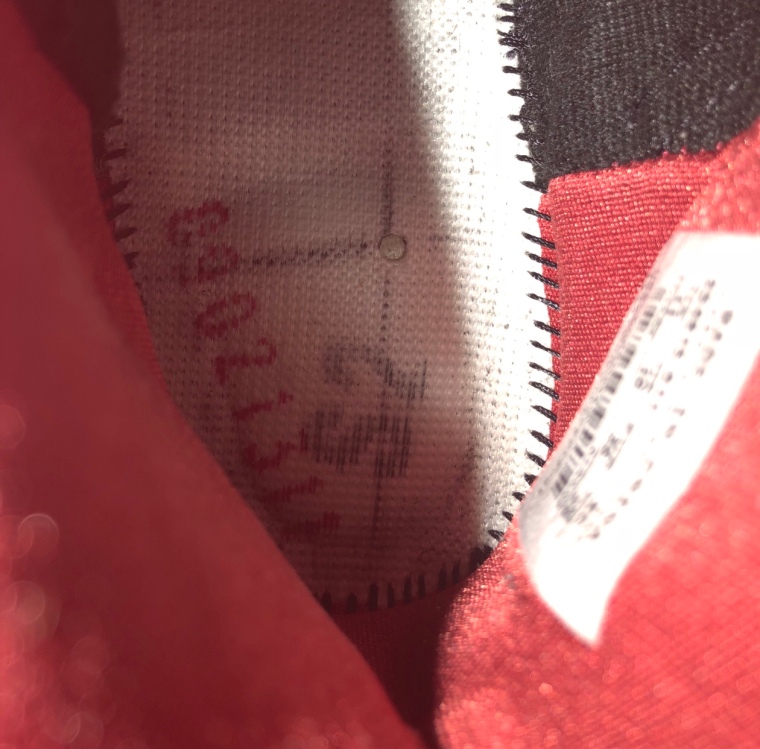 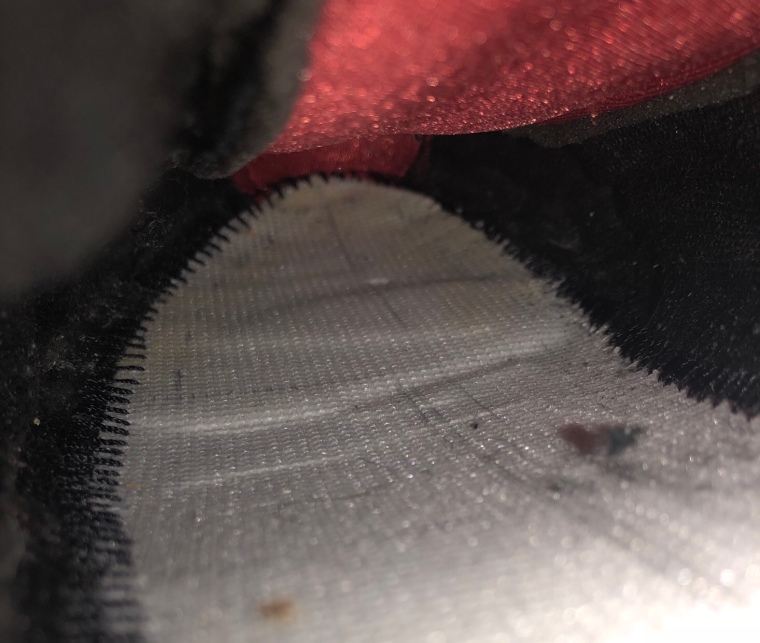 Basically it’s the opposite of Jordan and Nike’s protruding Zoom outsole. If you can’t see it, it can’t be working right JB/Nike?

The Zoom still works great for me after all these years which is a testament to how great and durable Zoom can be when done right. I still prefer the Soldier VI set up but these are pretty damn good as well.

Then vs Now: better than most today 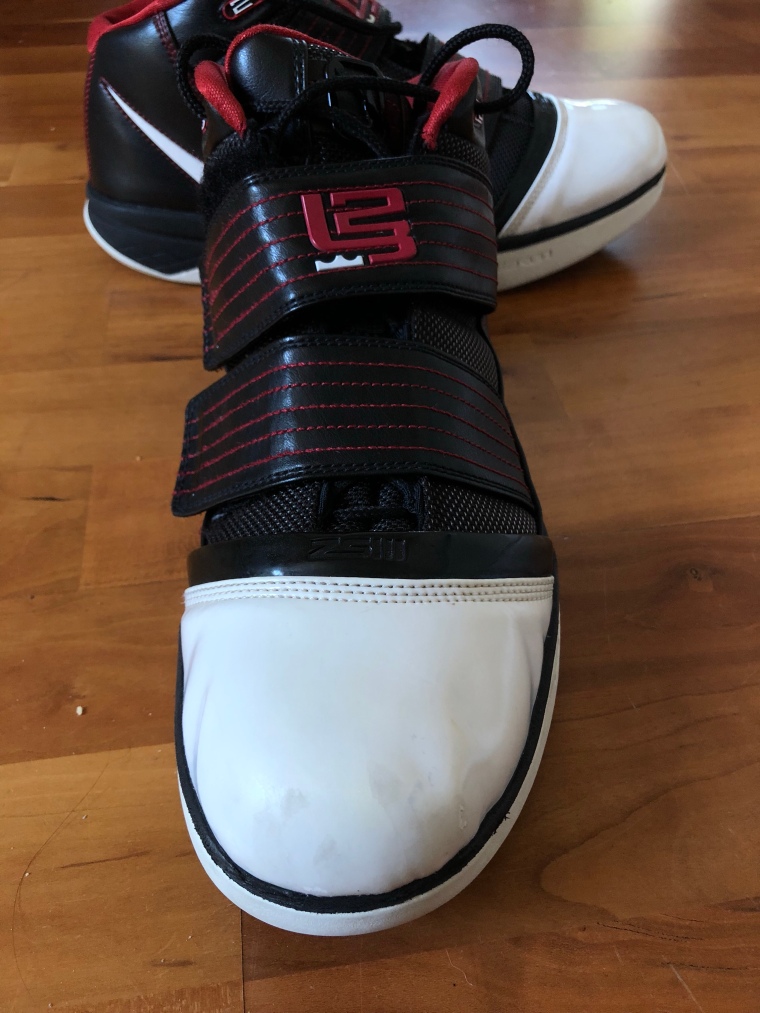 Here is how to get the optimal fit for everyone

4. Pull straps down to desired tightness

It can be so simple yet shoe companies love using asymmetrical lacing, removing laces, using minimal eyelets, rails and zippers for no good reason other than marketing. Sure some might fit a little better for some people but 99% of the time, a standard set up will work better.

Then vs Now: better than most but today’s great fitting shoes are just as good 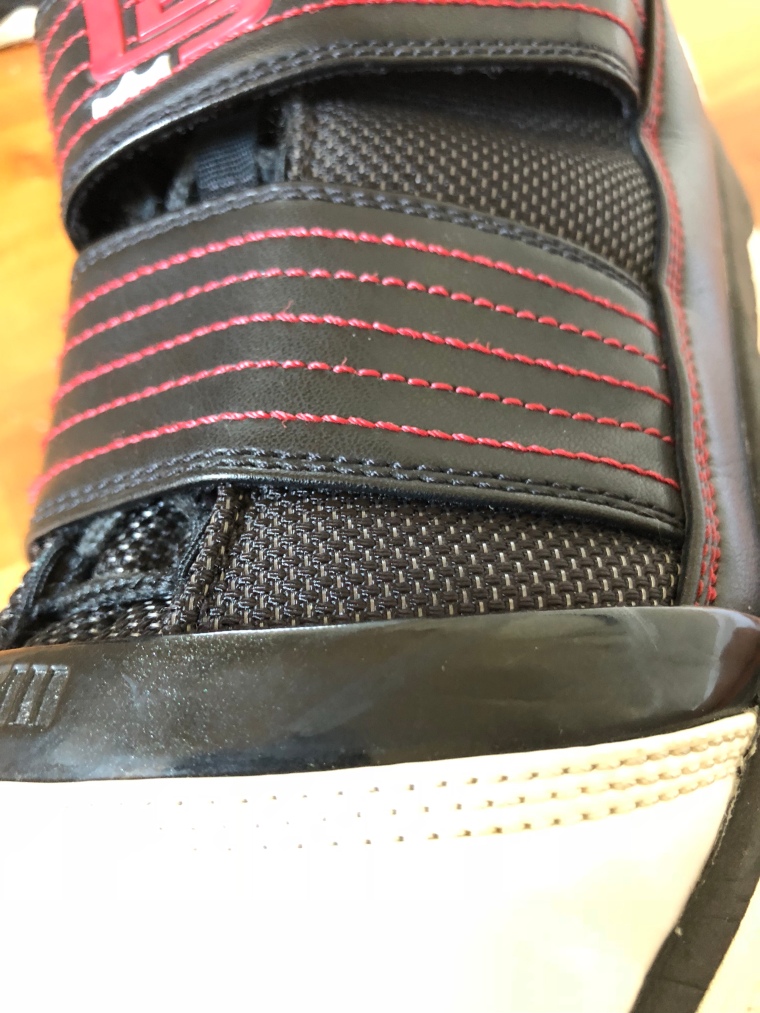 Ballistic mesh, synthetic leather and a patent leather toe cap on most colorways.

Nothing fancy at all but they work just fine. I’m sure Nike could “update” the Soldier III with Flyknit but it wouldn’t feel as sturdy and Nike would probably have to modify other parts of the shoe to fix containment issues.

Then vs Now: I prefer then but no difference in performance 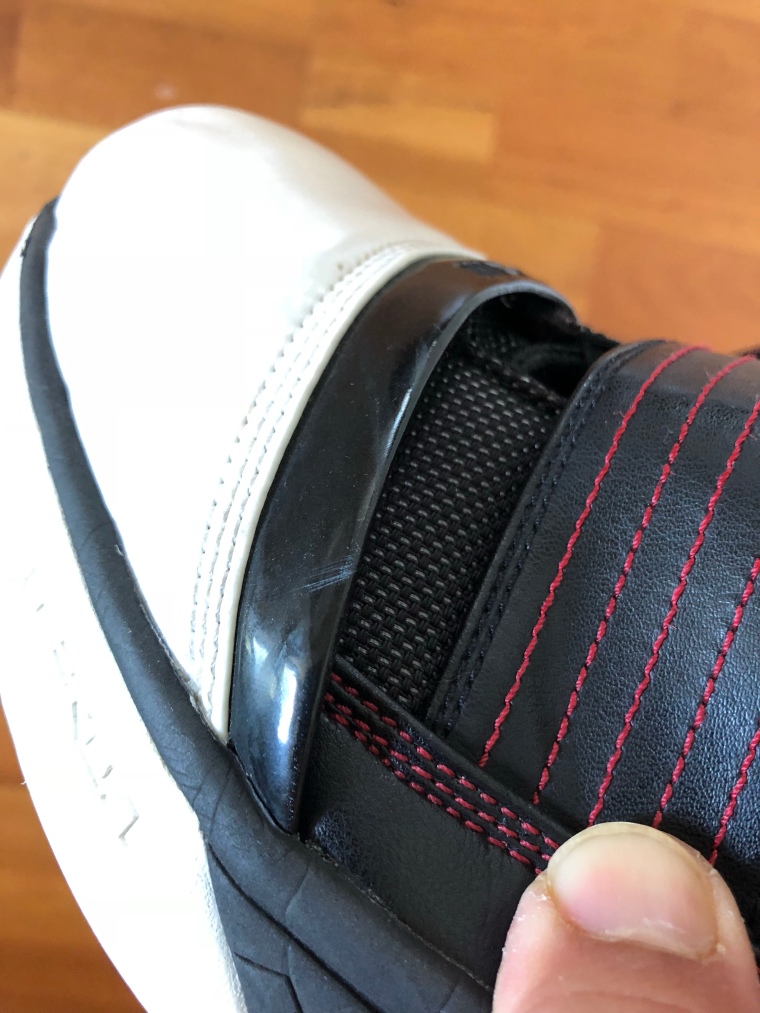 The toe cap design is interesting and it cuts down on break in time versus a traditional non articulated patent leather setup like the AJ XI. During break in, the AJ XI patent leather would crease and crack to allow for a more natural flex. This articulated toe cap just eliminates the break in time . I wouldn’t say it plays any better than a traditional set up since you still have to contend with flexing the much thicker midsole of the shoe. Believe it not, your feet have very strong muscles to power through 1/8 of an inch of materials. You could of course just take the toe cap off and have the same experience as an articulated toe cap. 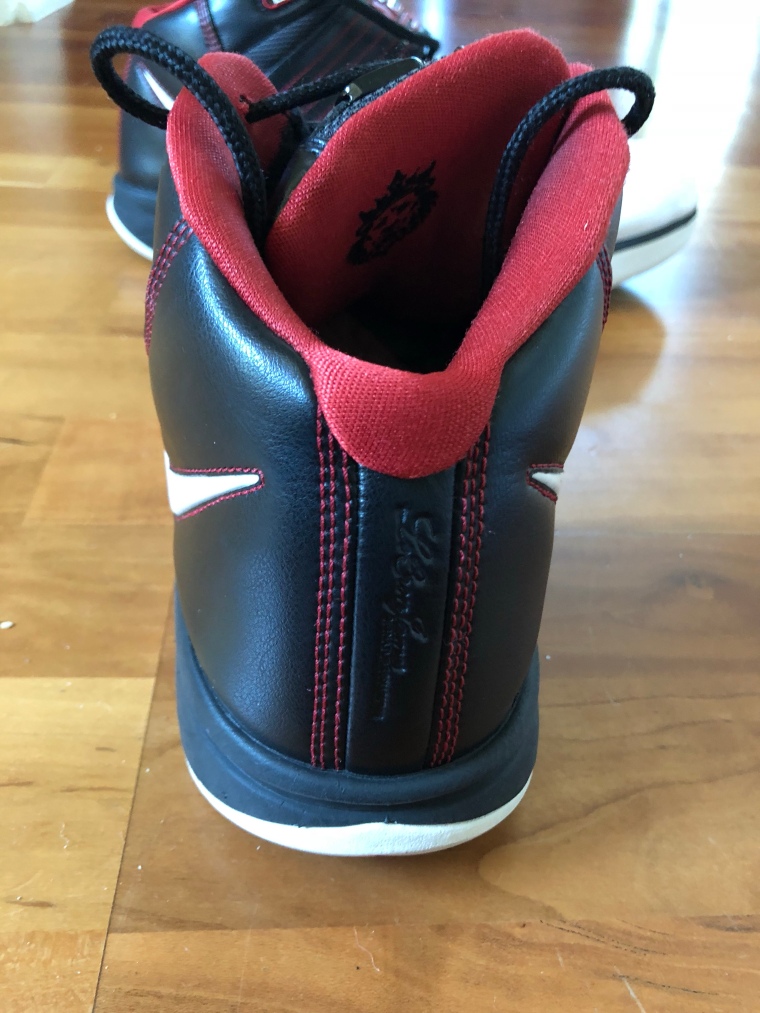 Although there isn’t a forefoot outrigger, the outsole is widened at the forefoot and is flat with no tippiness.

Then vs Now: tie 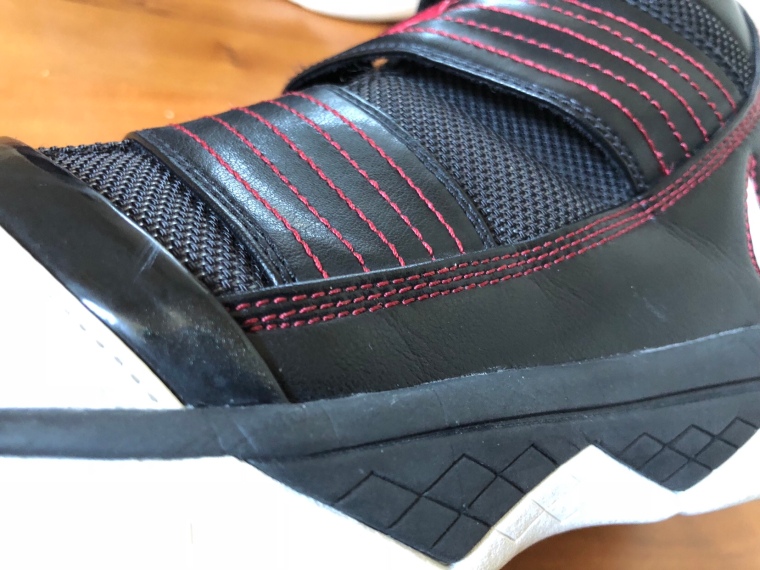 No issues here thanks to patent leather in the toe box. As well as the synthetic rand that runs the length of the shoe.

Then vs Now: tie although a lot of companies didn’t even bother addressing this performance aspect for years

There really is nothing not to like and a lot to love about the Soldier III. It fits great, feels good underfoot, provides adequate protection and sticks to the ground as long as you wipe. Best of all, these hit clearance hard back in the day and were ultra cheap. I honestly thought the Soldier line and PS line was going to be short lived but I was very very wrong.

Like Lebron, the Soldier III still plays like a beast even after all these years. Nine years old is pretty close to the age limit on wearability although I can go back as far as twelve to thirteen years and be okay for most shoes.

What’s funny about the Soldier III is that if I threw these into the mix for everything I’ve reviewed this first quarter of the year except maybe the Harden, I’d pick these. What’s old is new I guess? It just comes to show you that newer almost never means better.