The Hyperdunk and Lebron Soldier have been two of the most popular lines of team shoes in recent years. Some years the Hyperdunk has outperformed the Soldier while in other years the Soldier has had the upper hand. Although this year’s models have a clear cut winner, the Soldier IX, I decided to compare each aspect of the shoe to help others decide for themselves

Here are my original reviews: 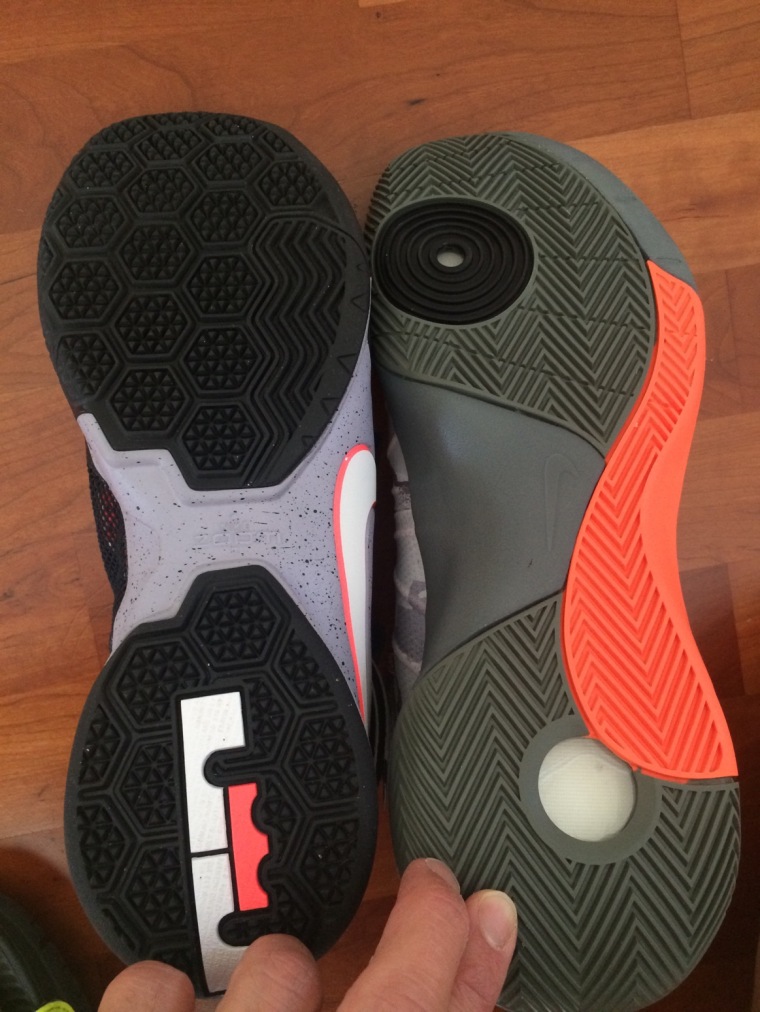 I felt that the HD15 had better traction after a clean wipe or clean floor while the Soldier IX was consistent regardless of surface but didn’t provide the same level of bite that the HD15 had.  Don’t get me wrong it was still great but I’m willing to wipe for more bite. This is the only thing that I felt the HD did better than the Soldier.

Both shoes feature the same targeted Zoon set up on paper but the Soldier IX just plain feels better. I had a hard time feeling the Zoom in the HD15 even though I could see the Zoom inside the insole. I think the problem is three fold

I find it weird and dumb that Nike wouldn’t provide us with a desirable cushioning set on an ultra popular line like the Hyperdunk.

Luckily the Soldier IX picked up the slack with Zoom you can actually feel in the forefoot and heel. It does ride higher than the HD15 thanks to

Or just the opposite of the Hd15

The HD15 has a minimal upper, meaning it is devoid of any interior cushioning aside from the interior heel collar. I actually don’t mind the upper feeling so plasticky but I wish they lined it like the did on the HD15 low to make it less “cold” feeling.  It’s like having a hot girlfriend that has man hands.

Below: interior of the HD15

Below: lining of the HD15 Low 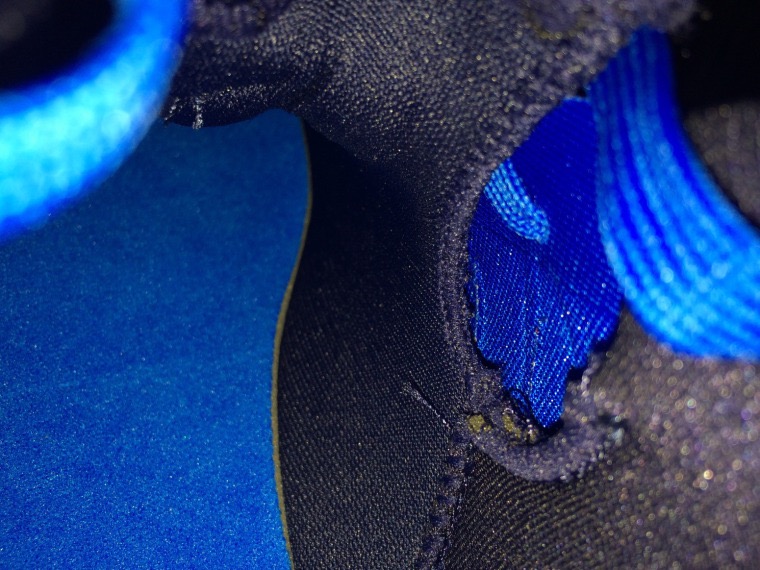 The Soldier IX is plush compared to the HD15. Not quite 90’s plush but just right. I love the mix of mesh and fuse. 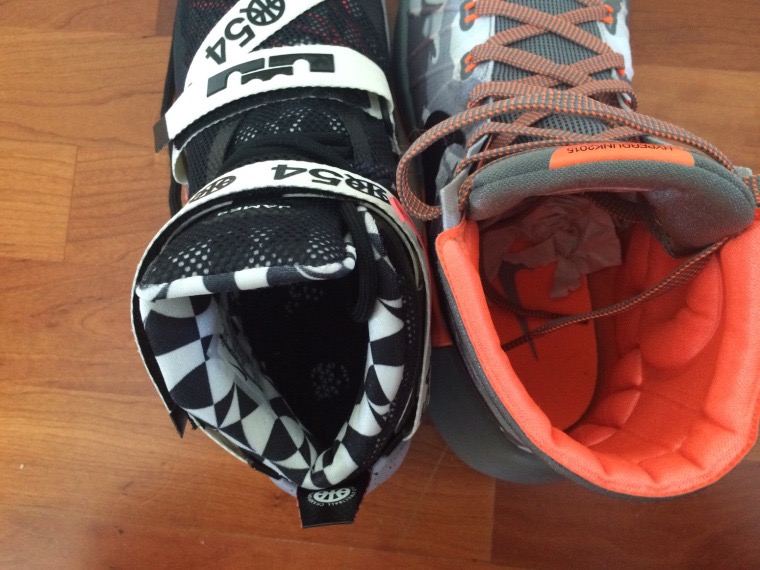 I had no issues with the fit on the either shoe although the laces would get loose near my calf on the Hd15. And  it was a painful break in especially on my outer ankle .  The Soldier IX required no break in time and felt great from the get go and the straps provided additional lockdown.

Just to get this out of the way, the high collar on the HD15 doesn’t add any extra support, it’s really there for aesthetics (or what’s the opposite of aesthetics ? Ugliness? )

All the support and stability comes from the lower ride height, fit, and the flatness of the outsole.

The Soldier IX’s support and stability come from its fit, flat flat outsole and the one piece foam “frame” that includes the large lateral wing and goes under and around and behind the entire shoe.

I really loved this part of the design because it really hugged the foot and kept it in place. The Soldier has always provided a good balance of support and freedom and the IX continues that trend.

Containment is a strength for both shoes although they achieve it in different ways.

The HD15 achieves excellent containment by extending the sole up and all the way around the shoe as well as using extra reinforcement at high pressure areas at the forefoot. 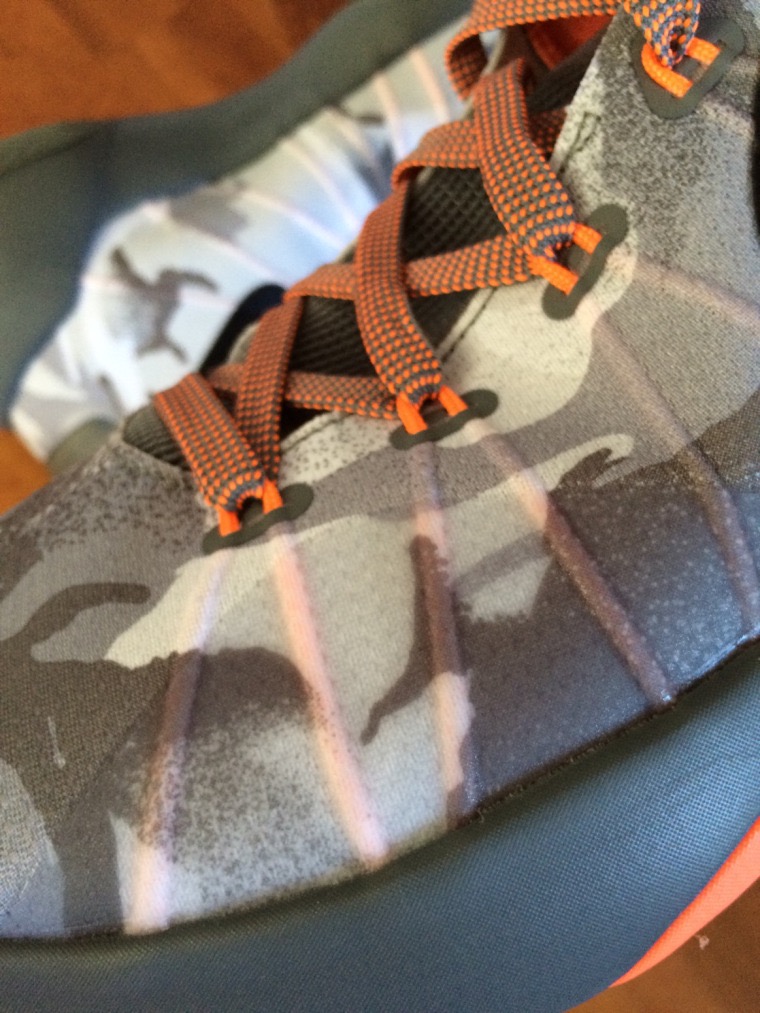 The Soldier IX achieves excellent containment with extra layers of fuse and the huge lateral wing. 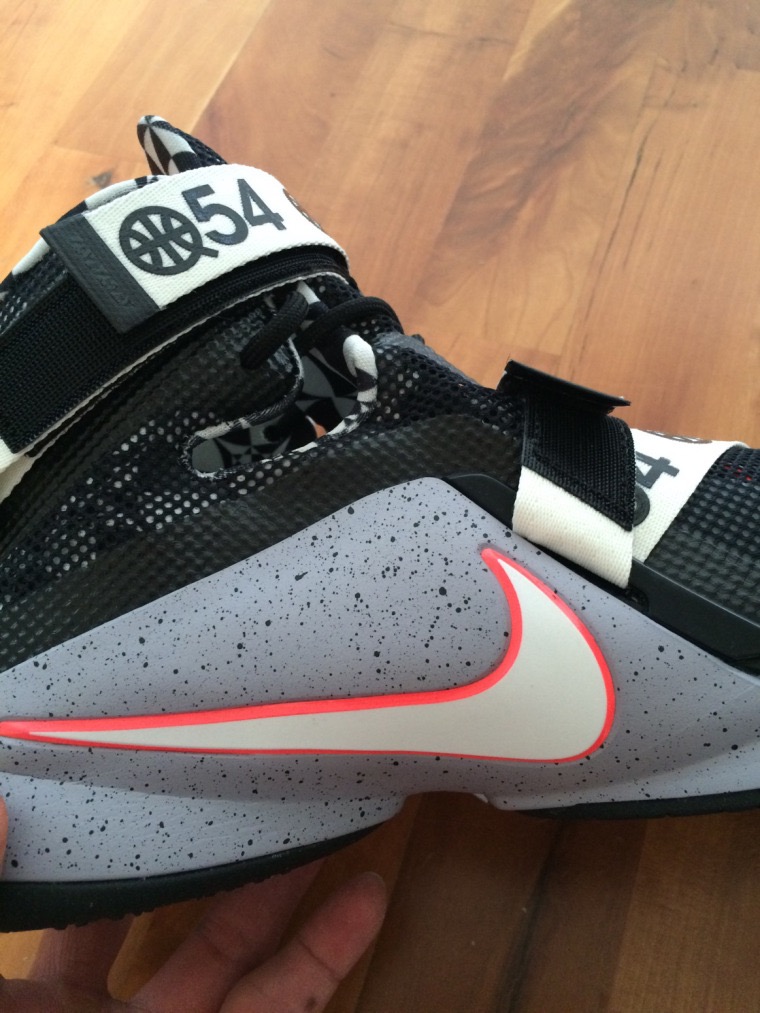 Both shoes really did a great job containing the foot .

The Hd15 isn’t a terrible shoe but the lack of cushioning and cold minimal upper really ruins the fun. I feel that the cushioning of a shoe really gives it personality and life so to skimp on one of most popular cushioning set ups on a popular performance line really us all down.

As unattractive as the Soldier IX might be, it just feels miles ahead of the Hd15 (and most shoes in fact) in terms of pure performance. When you break it down on paper it isn’t that large a chasm between the two but feel plays a large part in how a shoe is perceived.

If you want a lower, lighter ride, look at the Jordan Super.Fly 4

Personally it was my favorite out of all the summer releases. Its cushioning set up is excellent despite only having foam in the heel and it does everything the HD15 does just as well for $10 more (expect these to hit sub $90 quickly).

Posted in Head to head comparisons