The Super Fly has never really been on my radar until the Super Fly 3 PO and that’s only because the price dropped so quickly after the Clips got bounced by the Rockets.  I’ve always admired Blake and I think once he believes in himself during crunch time he’s really going to reach a new level. Until then he will have a great pseudo sig shoe to play in which happens to be my favorite shoe of all the summer releases.
Pros: traction, fit, lower profile cushioning, good stability and containment, very light

Best for: smaller bigs, any guard although smaller guards might want ever more minimal shoes

Didn’t think the Sf4 would be this light 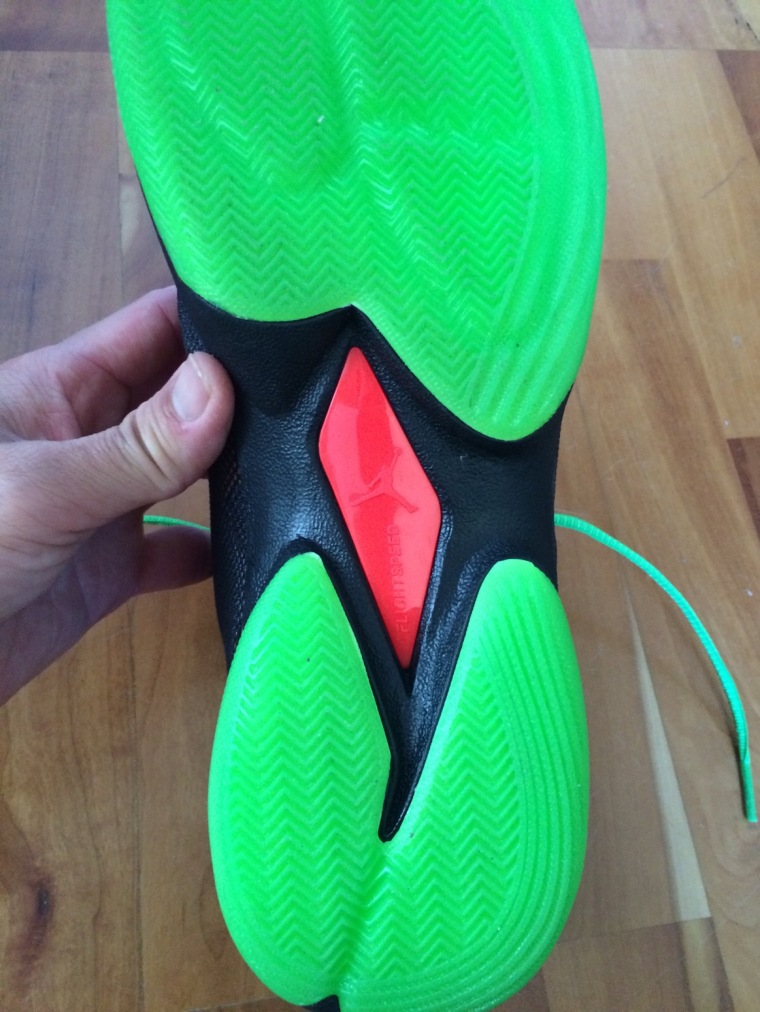 Jordan Brand did a great job with the SF4 traction. Last year’s models (AJ XX9, M11, SF3) all performed well but didn’t bite as hard as the XX8 due to the flatter patterns across the models. This pattern is very defined and sharp and made with a soft rubber so I doubt these would last long outside. Regardless of durability, the SF4 traction is fantastic. Squeaky sticky even on dirty floors. Still needs some wiping but not much. Best pattern I’ve used of all the summer releases.

The first thing I noticed when I put these on was that the shoe feels a lot lower to the ground than the SF3 and XX9. It feels more like a guard shoe rather than a bulked up Jordan XX8 or XX9. It rides about the same height as the Clutchfit Drive. Personally I love the lower ride. I think the lower ride comes from the  Zoom being almost flush with the outsole and Blake’s desire for a lower, quicker shoe (did you see point power guard forward Blake vs the Rockets??)

You can see how little the Zoom protrudes from the sole.

You can see how much lower it rides compared to the XX8 and XX9 (sort of) . There is just less of everything on the Sf4. 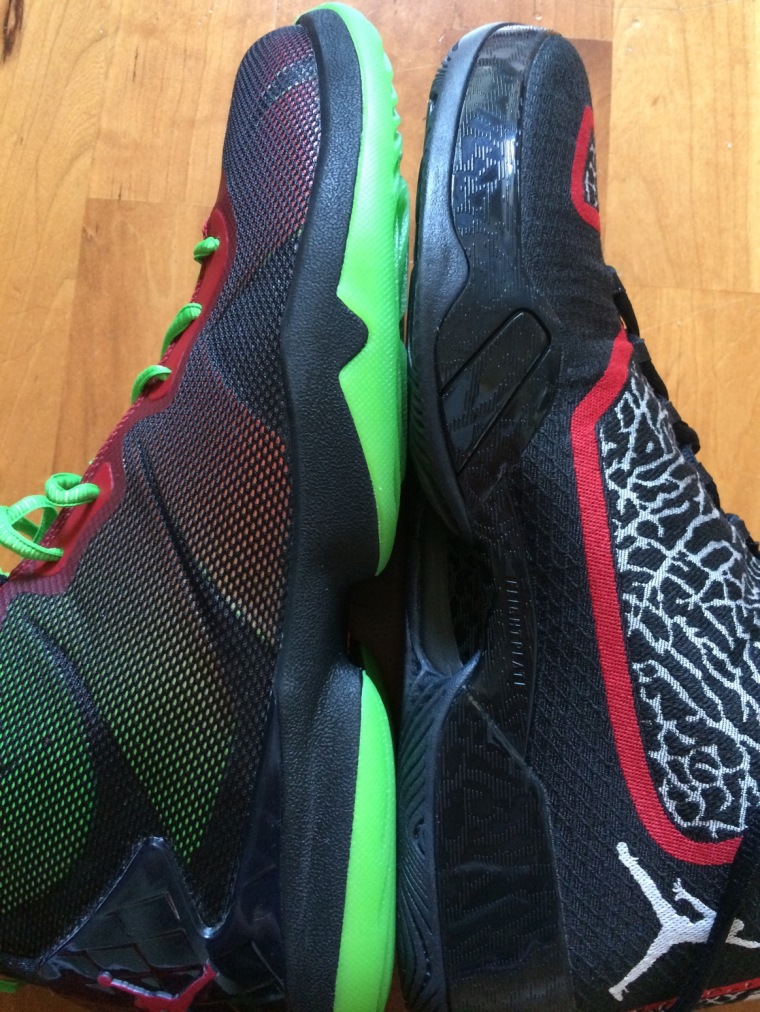 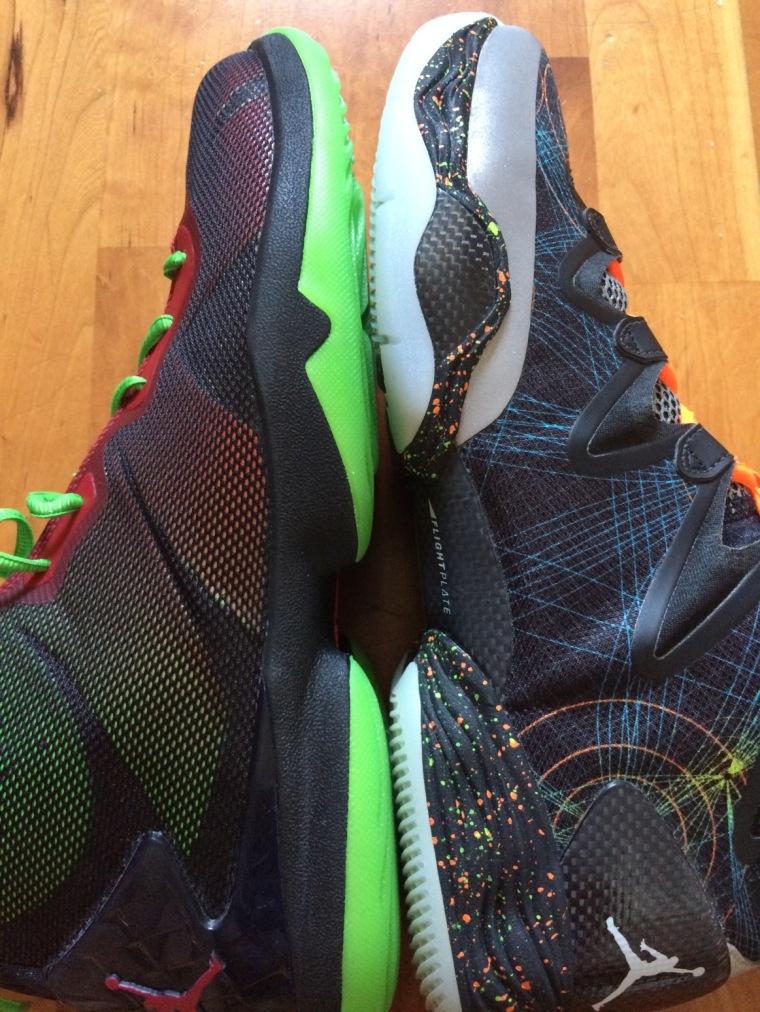 A large articulated Zoom bag in the forefoot and the Flightspeed plate are the highlights of the cushioning set up.

This set up doesn’t have the wow factor the orginal unlocked Zoom of The AJ XX8 had but it still feels great. The Zoom feels like Zoom should, which is great considering how rare that is nowadays. This isn’t the newest technology (Aj XIV, Pippen II ) but it’s the first time they molded the outsole to highlight it.

The Flightspeed plate is a full length plate instead of a forefoot only Flightplate that is supposed to provide energy return to the entire foot from the forefoot Zoom. I think the whole unlocked Zoom feel comes more from the protrusion of the Zoom out of the sole rather than being unlocked. If Zoom is sticking out and you step on it, it has to go up into your foot, right ?  From the XX8 to XX9 to the Sf4, the ride has gotten lower and that unlocked Zoom feeling has been reduced each time. Just a theory of course. 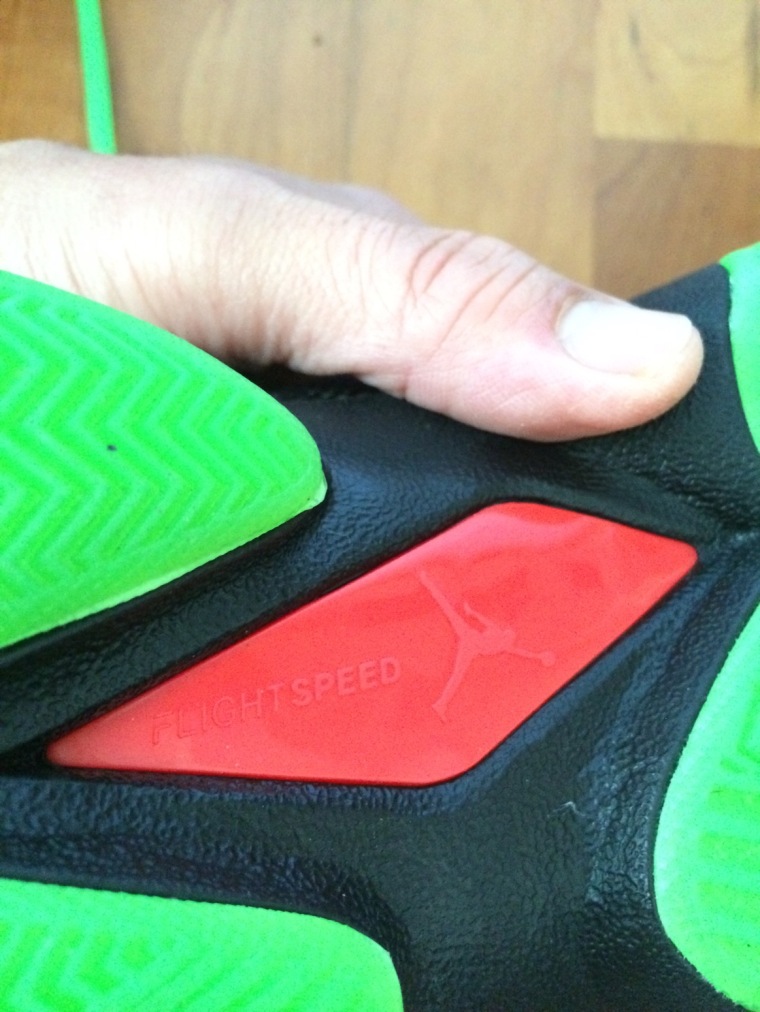 First time I’ve see a segmented heel. Can’t tell if this is what makes the heel foam feel great but no downside to the segmentation

I couldn’t tell if the springiness in the heel came from the Flightspeedplate or  the segmentation but whatever they did, the heel feels less dense and bouncier than the SF3.

Overall I really liked the set up on the SF4.   Great job JB!

I went with my normal size 11 and these fit perfectly. I had a one finger width of space between my biggest toe and the end of the toe box and no space side to side. I have a wide foot so I don’t see anyone sizing up for width reasons because the upper is flexible.  I felt zero heel slippage right out of the box thanks to a deeply notched heel. 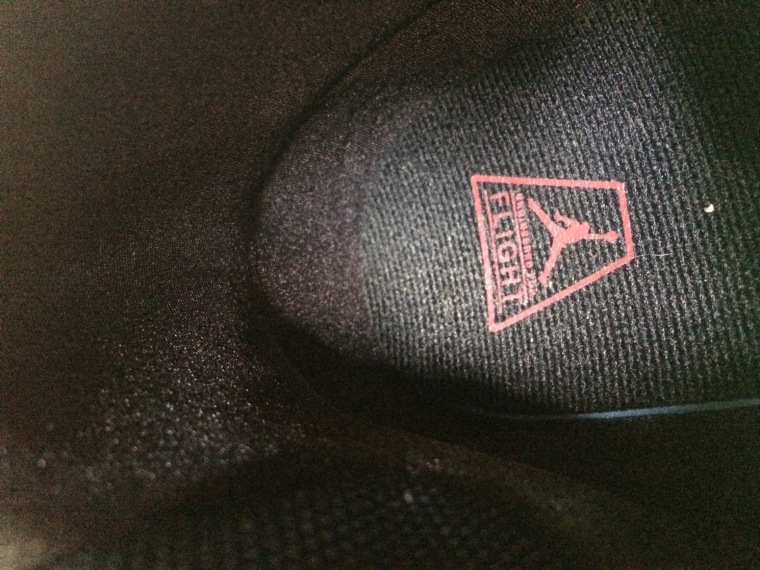 Fuse reinforces the lace loops. If it wasn’t there I could see the mesh and foam tearing pretty easily.

The marketing material mention “web straps integrated into lace loops”. There is one on each side so technically there are straps not just one strap. The XX9 had them down the entire row of laces.

The upper is a textile upper (foam backed mesh) which feels somewhat cheap to the touch because there isn’t much structure but feels good on foot thanks to the foam. I liked the upper the more I wore them. It’s flexible and supportive where it needs to be. If the Hyperdunk 2015 put some padding inside the upper like these, it probably wouldn’t have felt so plasticky, cold, and unrefined.

Since the upper is basically mesh, it really conforms to the foot well, flexing and moving with no hot spots. Think of it as a poor man’s Flyweave without the fancy name.

There isn’t much support other than the fit and the flexible heel counter.

The shoe rides low and is very stable so any extra support isn’t warranted. I never felt like I would turn my ankle because of how stable the shoes played. These passed my heel test easily.

I was worried about the containment since I rarely fair well with mesh/woven shoes but these did a great job. Not quite Solider VI or Rose 5 level but I didn’t feel my foot sliding out on hard cuts. Part of the reason it does well is the footstay. It isn’t very high but it is fairly firm and long so it covers a lot of the forefoot

There is also a little extra glue on the lower half of the mesh to help with containment.

I don’t really care about ventilation but I thought these did a good job . I really like this idea because if there is one place I sweat a lot, it’s right at the top of my ankle. This cut out is on both sides.

Jordan Brand actually listened to Blake to develop this shoe.. What a concept eh?  The end result is near perfection for a wide range of players. I really have nothing bad to say about this shoe. It’s fun to play in, feels great underfoot and does everything well especially traction. It isn’t very over priced at $150. Of course with all BG shoes, expect these to hit outlets and sales for sub $80 prices but you get a lot of bang for the buck. It is a bit generic looking but I don’t really care if it performs. If you couldn’t tell, the Sf 4 is my favorite shoe out of all the summer releases. Great job Jordan Brand, if this is the appetizer I can’t wait to see the main course, the AJ XXX.